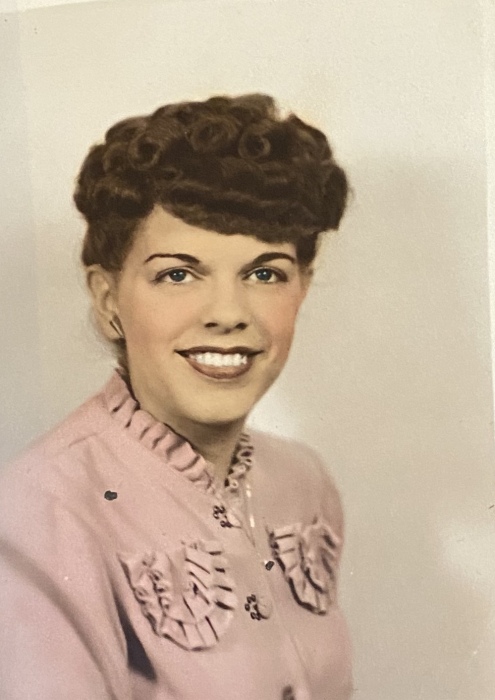 Theresa was born on March 6,1927, in St. Johnsbury to George and Eva (Boisvert) Drouin.  She was raised in St. Johnsbury. She worked as an operator for the telephone company for many years. She moved first to East Barre in 2010, and then to Orange in 2018 when she went to live with her daughter, Tammy.

A wonderful cook, Theresa was best known for her pies.  She made “Terri pies” for Brickett’s Diner, now Anthony’s Diner. Theresa was a seamstress who could sew anything and was also a skilled crochetier.  Tammy’s Barbies were quite well dressed.  Theresa was a past member of St. John the Evangelist Church.

She was predeceased by her husband: Donald C. Pelow; and her three sons: Mark, Larry and Lewis.

A Graveside service will be held on Friday, September 18, 2020, 1PM at Mt. Calvary Cemetery on St. John Street in St. Johnsbury, VT.

Donations in Theresa’s name can be made to St. John the Evangelist Church, 49 Winter Street, St. Johnsbury, VT 05819.

To order memorial trees or send flowers to the family in memory of Theresa Pelow, please visit our flower store.