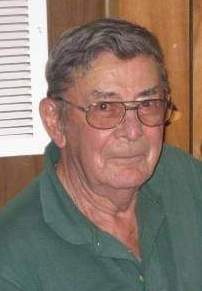 Willard was born in Clarksville, NH on September 7, 1935, to Clayton and Thelma (Ricker) Rowell.  He was raised most of his life in Sheffield.  In September of 1997, Willard married June Chesley and they had shared nearly 18 years together when June passed away in 2015.

At an early age, Willard began work as a logger and just loved working in the woods.  In his younger days, he also enjoyed hunting.  Willard always looked forward to attending as many horse and pony pulls as possible at the fairs.  Another special adventure he enjoyed was to jump in the truck and take a trip to NASH Equipment in Colebrook, NH.  He loved to tinker on everything, from small engines to skidders.

Willard was very fond of all the grandchildren and great grandchildren.  He was especially close to little Makenna and loved spending time with her. Over the past several years Erin and Donny have provided lots of help to Willard in any way needed and spent lots of time with him. For this, he was extremely grateful.  He also was very close to Garrett, also a logger, and when Willard was still well enough, he loved to drive to Garrett's job sites and just sit and watch the more modern logging operation than what he had known. Garrett's wife, Kristine, was very close to Willard and shared many meals with him. Willard often spoke of her acts of kindness toward him.

He often visited his niece Nicole and her husband George in Lyndon. Many a holiday dinner was celebrated with them.  And, he was very close to his nephew, Rick.

Willard was predeceased by four brothers: Richard, Earl, Alston, and Nelson; and his sister: Helen

To order memorial trees or send flowers to the family in memory of Willard Rowell, please visit our flower store.