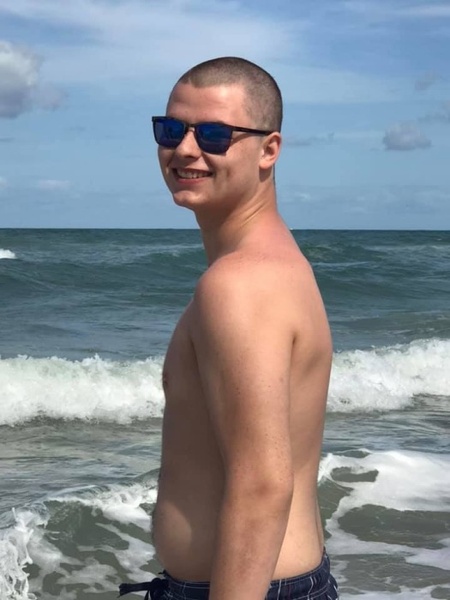 Alex was born on July 16, 2001, in St. Johnsbury to Jennifer R. McGarvey and to Adam L. Newland.  He was raised in the local area and attended Millers Run School and Lyndon Institute. Alex worked as a mover and had just begun work with NEMM Moving.  He loved to hike and fish. He was a real natural at sports enjoying both playing and watching hockey and was a fan of the Yankees, NY Giants and the Bruins.  Alex was a great cook often spending hours cooking. He enjoyed a vast array of music, loved going out to the movies, and loved the beach. He liked going to Florida, but his favorite place to be was the Caledonia County Fair.  Alex would do anything for anyone and wanted to help others who struggled with the same things he did. Alex had a favorite quote: “ Your greatest asset is not your physical ability it’s your mental ability” #14 LAYHA.

He was predeceased by his maternal grandfather: James R. McGarvey.

Friends may call on the family on Monday, August 26, 2019, 6 – 8PM at Guibord-Pearsons Funeral Home, 15 Main Street in Lyndonville, VT.  A Celebration of Life will be held at a later date (at the convenience of the family).

Memories and condolences can be shared with the family online at www.guibordfh.com

To order memorial trees or send flowers to the family in memory of Alex Newland, please visit our flower store.