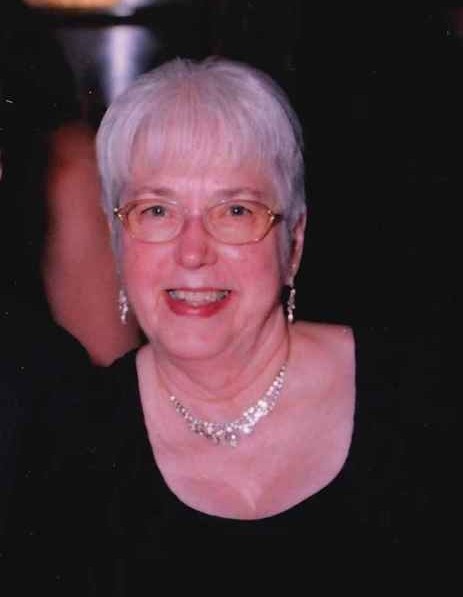 IN LOVING MEMORY of Alice Ann (Lamontagne) Goyette who passed along peacefully in her home with her family by her side on December 1, 2019 in Saint Johnsbury, Vermont.  Her full and well-lived life included community support, a loving marriage of 54 years to Francis Henry Goyette, a lifelong dedication to her two daughters Marie Suzanne (Goyette) Wiese and Rita Dianne Goyette to include family, and numerous friends.  She will be remembered for her sense of purpose and support, her faith in God, and for her love of life, her husband, daughters, family, and friends.

Alice was born September 26, 1935 to Alfred H. Lamontagne and Gertrude E. (Boisvert) Lamontagne in Saint Johnsbury, Vermont.  She was the second child of Alfred and Gertrude’s three children, Celia (Lamontagne) Zabrosky the oldest (predeceased) and Paul Lamontagne the youngest (predeceased).  Growing up in Saint Johnsbury, she graduated with “Honors” from the Portland Street School and from the Mount Saint Joseph’s Academy where she was the “Salutatorian” of her graduating class.  After graduation, she started working for Saint Johnsbury Trucking as their “Girl Friday”.  She learned several jobs and took on roles that included Switch Board Telephone Operator, Cashier’s Assistant and Cashier, where she took care of general ledgers, bank deposits, and petty cash for 28 terminals.  She worked there for five years.  Without an assistant, she developed a medical condition that forced her to recuperate at home.  She met Francis as his father was building a home for his family up the street from her home.  After some time when they met, they became engaged and married on September 6, 1965.  Alice designed and they built their house in Saint Johnsbury with the assistance of Francis’ father Ernest Goyette (predeceased).  They had two beautiful and accomplished daughters, Marie Suzanne and Rita Dianne.  Marie achieved her CPA and CIA that led to becoming the Chief Financial Officer for Sonnax Transmission Company (a Marmon / Berkshire Hathaway Company) in Bellows Falls, VT.  Rita achieved a Master’s Degree in Arts for Student Affairs in Higher Education at Indiana University of Pennsylvania in Indiana, PA that led to becoming the Director of Student Activities for the State University of New York (SUNY) Morrisville, NY.  Alice enjoyed spending time with her two daughters that involved teaching, and showing them everything she knew; explaining to them how to study to understand their homework so they could both pursue “High Honors” in school that made her very proud of them both.  As a Home Maker, she enjoyed making plenty of home-made cookies by hand for her daughters and their friends.  She also talentedly did seamstress work making her own clothes, her daughters, some of her Mother’s, and a variety of quilts and throws.  After her daughters moved on to college and careers, Alice became a local Avon Dealer for the next 16 years and was a member of the President’s Club each year.  During her last year, she received the prestigious Avon Golden Statue Award for the top sales in the district.  She also worked part-time at the Maple Grove Gift Shop, then at a jewelry kiosk at the Green Mountain Mall, then worked at the Santa’s Surplus Store in Barre/Montpelier, VT for a year and lastly worked at the Sunset House in Saint Johnsbury as a Housekeeper for a couple years.

Alice leisurely enjoyed to crochet, knit, cross-stitch, master jigsaw puzzles, yard sales, and paint beautiful pictures from Bob Ross’s, Joy of Painting classes which hang in her home that won several blue and red ribbon awards at the Caledonia County Fair in Lyndonville, VT.  Alice was very fond of cats and always had one by her side.  She had the keen ability to teach them many things.  Her last loving cats were Minnie and Josie who gave her great comfort and company.

Alice enjoyed traveling to the coast of Maine with Francis and they made several friends along the way.  Another great pleasure that Alice enjoyed was helping other people.  She always assisted and looked after her elderly neighbors’ needs whether it was running errands or preparing Sunday dinner for them including her favorite Uncle James E. Boisvert (predeceased). Dancing was another pleasure and she enjoyed the Polka with Francis. For many years, Alice and Francis have been supporting members and ushers of the Saint John the Evangelist, Corpus Christi Parish Church and she is very proud of her loving husband Francis who continues his support.

They had wonderful neighbors and friends, which they were grateful for, that were always willing to help out at any time when needed including Theresa Boulay, Dennis Bean, Mona Kelley and Jeanette Keenan.

Alice designed their headstone at Mount Calvary Cemetery and wrote her own obituary with editing help from the family.

In lieu of flowers; contributions may be made in Alice’s memory to: Kingdom Animal Shelter, 1161 Portland Street, Saint Johnsbury, VT  05819.

A special thank you to Caledonia Home Health Care and Hospice of Saint Johnsbury.

To order memorial trees or send flowers to the family in memory of Alice Goyette, please visit our flower store.