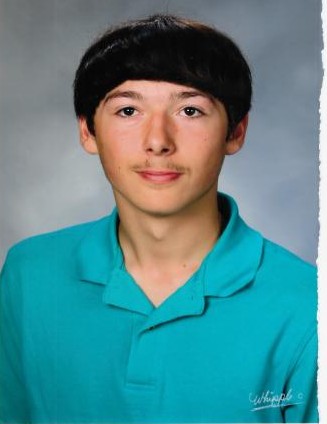 Andrew was born on October 25, 2002, in St. Johnsbury, VT to Peter Michael Belanger and Melanie (Gauthier) Parry.  He was a freshman at Lyndon Institute due to graduate with the Class of 2021. He enjoyed playing basketball and football and was looking forward to playing football with LI in the fall.

His was predeceased by his maternal grandfather: Robert Gauthier.

A Memorial Service officiated by Pastor Alfred Nelson will follow at 2pm at Guibord Funeral Home.

Burial will take place in the spring at the convenience of the family.

Condolences and memories may be shared with the family at www.guibordfh.com

To order memorial trees or send flowers to the family in memory of Andrew Belanger, please visit our flower store.