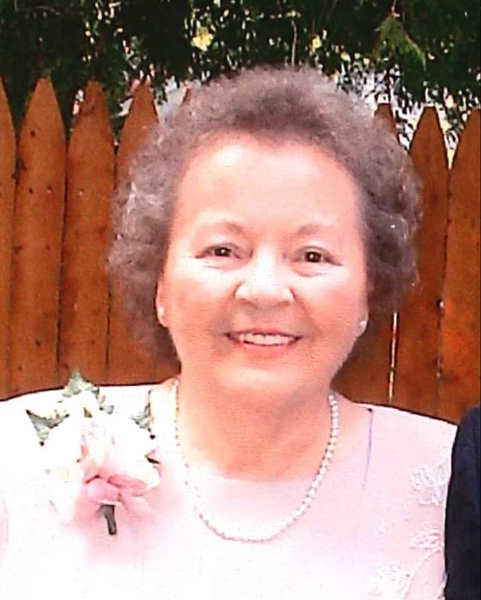 Ann was born in St. Johnsbury, VT, on May 24, 1938, daughter to the late Lester George, Sr., and Agnes Marie (Leblanc) Cleary.  She was raised and educated in St. Johnsbury, married Donald E. Martin and shared almost 50 years at the time of his passing on June 10, 2007.  She was a military wife and travelled extensively with Marty, seeing all but two states in the country.  Following Marty’s retirement from the Air Force in 1970, St. Johnsbury was home again. They enjoyed canoeing, camping, biking and hiking.  Prior to his passing the were able to take a 6-week trip to Alaska that she cherished for years. She was a member of St. John the Evangelist Catholic Church, worked as a nurses’ aide, drove school bus and was a longtime babysitter and later caregiver.  She enjoyed doing puzzles, baked & decorated cakes and was great at all kinds of crafts, especially ceramics.

She was predeceased by her son Paul A Martin in 2008 and also by a brother: Lester Cleary, Jr.

A Mass of Christian Burial will be celebrated at 11AM on Friday July1, 2022, at St. John the Evangelist, 49 Winter Street in St. Johnsbury.  Burial will follow at Mt. Calvary Cemetery with Fr. Lance Harlow as celebrant.

Friends may call on the family from   6-8PM Thursday evening June 30th  at the Sayles Funeral Home, 525 Summer Street in St. Johnsbury, VT.

To order memorial trees or send flowers to the family in memory of Ann Elizabeth Martin, please visit our flower store.