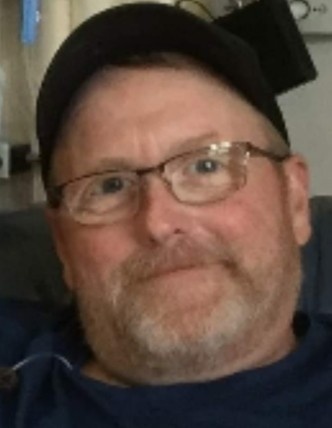 Anthony Paul Noyes, 50, of Wheelock, VT passed away on Monday, September 16, 2019 at the Jack Byrne Center for Palliative and Hospice Care in Lebanon, NH, after a courageous battle with cancer.

Tony was born June 26, 1969, in St. Johnsbury, VT to Dennis Noyes and the late Sandra (Rousseau) Noyes.  He spent his childhood in St. Johnsbury and attended St. Johnsbury Academy graduating with the Class of 1987.  After graduation he spent many years living in Colorado.  While there, Tony mentored under several different chefs and worked at the Millsite Inn in Ward, CO.  Upon returning to the area, he worked as a chef at Barnie’s Market in Concord, VT for the last 10 years.

A lover of music, Tony enjoyed playing guitar.  He also enjoyed digging and collecting bottles as well as hunting, fishing, camping, and foraging for mushrooms.  Additionally, Tony rather liked beating Peggy at cribbage.  He had a wonderful sense of humor, always smiling and making people laugh.

Survivors include Tony’s son: Zachary Noyes of East St. Johnsbury, VT, his father and stepmother: Dennis and Michelle Noyes of St. Johnsbury, VT; his fiancé: Peggy Gammell of Wheelock, her children who were very special to Tony: Jacob Gilman and fiancé Shara, of South Wheelock, VT and Owen and Olivia Gilman of Wheelock; Peggy’s parents: Ken and Joan Gammell of Newark, VT; his four siblings: Denelle Noyes and Tina, Peter, and Shon Marcotte of St. Johnsbury; many aunts, uncles, cousins, nieces and nephews as well as dear friends and co-workers; and his pets: Cedar, My-My, Opie.

A Celebration of Life will be held at the Tom Breslin Center at a later date.

Donations can be made to assist the family with funeral expenses by mail to Guibord-Pearsons Funeral Home, PO Box 1076, Lyndonville VT 05851 or online through a link in this obituary at guibordfh.com

Memories and condolences may also be offered to the family at guibordfh.com

To order memorial trees or send flowers to the family in memory of Anthony Noyes, please visit our flower store.