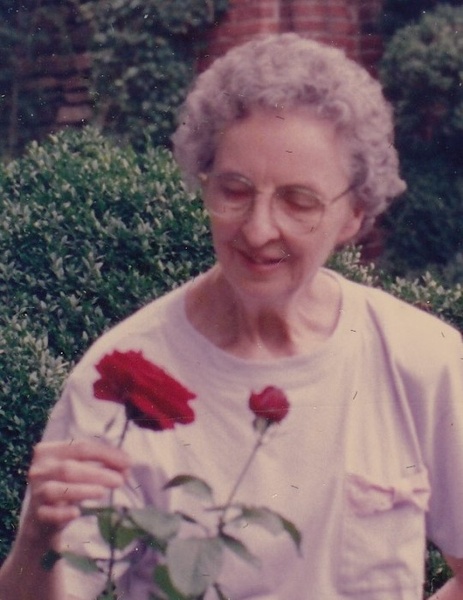 Barbara was born in Brockton, MA on December 31, 1928 to Freeman Earl and Gladys (Jewett) Whittemore. She was raised in a country neighborhood full of blueberry bushes and trees to climb. She fondly recalled that it was a multicultural neighborhood and what a lovely place to grow up. Barbara attended Cary Hill Elementary School and Brockton High School graduating with the Class of 1947. After high school Barbara worked at Brockton Hospital. In 1949, she moved with her parents to Vermont. They had purchased a large farmhouse where they lived, and also operated as the Whittemore Countryside Guest House. Over the years, Barbara helped to entertain a steady stream of guests from Massachusetts who enjoyed her home-cooking, good company, and the beautiful scenery of Vermont. She also worked at the Fitch Clinic in St. Johnsbury as a medical secretary. She met her future husband Donald Douse at a barn dance, and they were married in 1953 at Waterford Congregational Church. Barbara was the organist of the church for 50+ years and remained an active member up until her passing. Barbara and Donald began their family in 1954 with the birth of their first child Everett, followed by Alan, Carolyn and Marilyn. Barbara brought up the family, while Donald worked as a carpenter. Along with raising her family, she also spent countless hours helping her parents run the Countryside Restaurant, a local favorite. After the kids grew up, she worked at Ophthalmology Associates for 30 years. She loved her job as a medical secretary and the people with whom she worked. In 1984, after Barb’s mother suffered a broken hip and spent her last year in rehab, Barbara and Donald moved with her father from the big white farmhouse on the original homestead to the home Donald had converted from the restaurant. In 1986, after 33 years of marriage, Barbara lost her beloved husband.

Barbara’s joys were her husband, children, parents, church family, friends and neighbors. In her later years, Barbara took up travelling in a motor home with her cousins and saw many sites as far west as California and south to Florida. Her first airplane trip was to North Carolina for Alan and Nancy’s wedding, which besides being a beautiful wedding, was a wonderful time with family. She took a great deal of pleasure watching her grandchildren grow into young adults and delighted in her three beautiful great-grandchildren. She was a bonus Grandma to many, lovingly called Grandma Douse. Also, very special thanks to her new friends and helpers Shelley and Kristi, whom she adored. She loved, and looked forward to the family gatherings for holidays, birthdays and other special occasions creating memories that we will treasure forever.

A life so beautifully lived deserves to be beautifully remembered, so as we seek to honor Barbara’s life, we realize that one of her most admirable traits was that she never expected, needed, or even wanted, recognition for the countless kind deeds she performed throughout her wonderful life. What gave her the most joy, was simply knowing that she made someone else’s day better, with even just the little things, and she was a master at it. Barbara often told her children that you need to "nurture your friendships" and it's hard to imagine anyone who did it better. She had a wide-angle lens, through which she was able to clearly see the very best in everyone, and everything.

Barbara’s faith and spiritual life was so important to her. She was able to attend a church service from home via Zoom just hours before passing; this was incredibly special to her and she thoroughly enjoyed the prayers, music and fellowship that had sustained her throughout her life. What a great gift that she was able to be part of Sunday’s service! The world lost a most special person, heaven gained a true angel. She will be greatly missed by her family and her many friends near and far but her legacy of love and kindness lives on through us all.

She was predeceased by her husband: Donald Douse; and a brother: Russell Earl Whittemore.

A Graveside Service officiated by Ann Hockridge will take place Friday, June 12, 2020, 11AM at Riverside Cemetery in Waterford, VT. A Memorial Service will be scheduled at Lower Waterford Congregational Church later in the summer.

Memories and condolences can be shared online at www.saylesfh.com

To order memorial trees or send flowers to the family in memory of Barbara Douse, please visit our flower store.