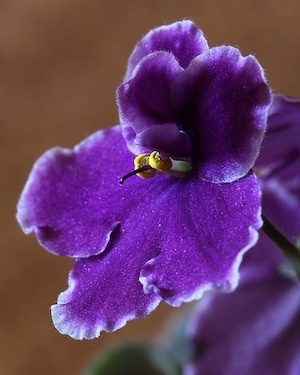 Bea was born on June 16, 1924, in Rutland, Vermont, the daughter of Warren and Alice Smith.   She was a 1942 graduate of Rutland High School and continued her education at Lasell College in Auburndale, MA. She also attended the Katharine Gibbs School in Boston, MA.

After formal schooling, Bea returned to Rutland and began working at a bank. That is where she met one Bruce Kallahan, a new employee at the bank. Bruce took a shine to Bea and asked her out. She refused his request, but he was persistent and eventually she agreed to a date. They were married on November 30, 1947.

In 1952 Bruce joined the Vermont State Police and they moved to Danville and then to Hardwick. A promotion for Bruce sent the family to Bellows Falls in 1960. Bea worked as a secretary in an insurance agency and in a manufacturing facility while they lived in Bellows Falls.

In 1986 she and Bruce retired and bought a home on Lake Memphremagog in Newport. They spent time enjoying evening boat rides around the lake, and Bea also had a paddleboat that she loved to use with her grandkids. Family time at the lake was special. In 1998 they decided to move closer to their children and built the house on Hill Street in Danville.

Bea had a wicked sweet tooth. When she went out to eat, she would ask the waiter what was on the dessert menu and choose her entree based on what she wanted for dessert. She loved talking on the phone and had a 9 a.m. phone conversation with her daughter every day as well as a twice-a-day call with her sister in Florida. Bea always had a Kleenex or two tucked up her sleeve in case anyone needed one. She worried about everything and everyone and needed assurance every day that everyone she loved was "okay."

Bea was predeceased in 2009 by her husband of 62 years, her parents, her brother Warren Smith Jr. and her sisters Edith Balch and Harriet Potter.

She is survived by her sister Jean Hooker of Florida, her dear brother Fred Smith and his wife Eleanor of South Burlington, her daughter Marsha and her husband Richard Brochu of Hardwick, her son Dana of Danville, her grandchildren Bridget Brochu of Hardwick, Ashley Brochu-Braica and her husband Philip of New Boston, New Hampshire, Morgan Kallahan of Danville, and Stephanie Kallahan of Lunenburg. She also has three great-grandchildren, Colleen, Molly, and Elliot Braica, as well as many nieces and nephews.

There will be no calling hours. Private burial will be in East Clarendon Cemetery at the convenience of the family. At Bea's request, donations in her memory may be made to an animal shelter of your choice, or to Calex Ambulance Service, St. Johnsbury, VT.

To order memorial trees or send flowers to the family in memory of Beatrice Kallahan, please visit our flower store.