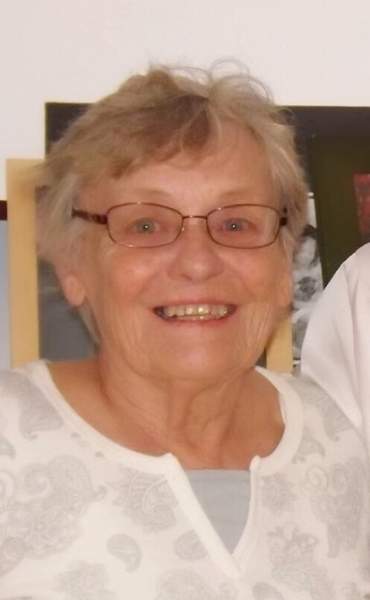 Bernadine was born in St. Johnsbury, VT, on March 2, 1938, daughter to the late Calvin Augustus and Iola Lucy (Widger) Harbaugh. She grew up in St. Johnsbury where she attended school and graduated from St. Johnsbury Academy in the Class of 1956. For 24 years Bernadine worked at the Academy where she was in charge of the bookroom, inventories and also proctored study halls. Bernadine was considered a second mother to a number of students at St. Johnsbury Academy. Bernadine also worked at the Rabbit Hill Inn as well as the Fitch Clinic. She loved camping, going to the races with her husband Paul, and attending family sporting events, especially the softball and basketball games of her grandchildren. She spent hours coaching basketball and was very involved in the basketball program at Waterford School.

Bernadine was a past member of Grace United Methodist Church and of the VFW Ladies Auxiliary. Bernie’s kind heart and ability to bring a smile to anyone’s face will be remembered forever.

The family of Bernadine would like to extend a special thank you to a dear friend and caregiver, Sarah Wescott. With Sarah’s efforts a warm smile could always be found on the faces of Bernadine and Paul.

A Graveside Service will take place in the summer at 11AM on Friday June 21, 2019 at the Mt. Pleasant Cemetery in St. Johnsbury.

To order memorial trees or send flowers to the family in memory of Bernadine Belknap, please visit our flower store.