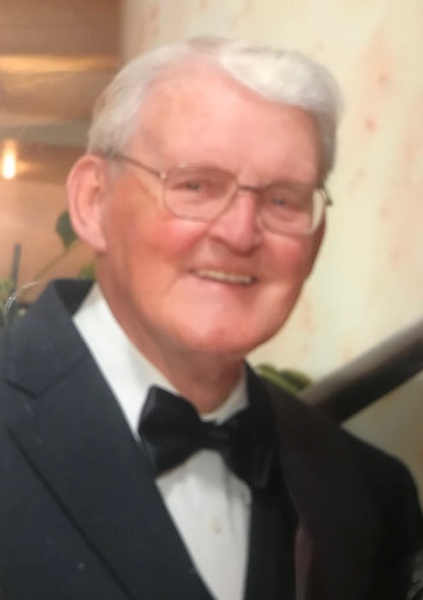 Bernard Leo Long passed away peacefully in his home in Wheelock, Vermont on Tuesday, December 17, 2019. Born November 28, 1930 in Boston, Massachusetts.  Son of Bartholomew Andrew Long and Margaret Alice (Griffin). Bernie served his country and retired from the U. S. Navy as a Chief Petty Officer. He served aboard several Naval ships in his military career including the “Big E” (USS Enterprise). Bernie is a “Plank Owner” of the “Big E” as he served during her commissioning in 1961. He is recognized in a historical photo standing up the “Broom” during return to port to signify the success of a “clean sweep” during the “Big E’s” sea trials. Bernie was also aboard the “Big E” during the standoff with the Soviets during the Cuban Missile Crisis in October 1962.

Following his service as a Club Manager, he worked for the Department of Morale, Welfare, and Recreation as a Management Analyst where he improved Officers’ Clubs worldwide. During both his Naval and Civil Service careers, Bernie traveled to practically every domestic United States Naval Base along the East Coast, West Coast, and Gulf Coast. He also traveled to Hawaii, Japan, Korea, the Philippines, Aleutian Islands, and many other destinations in his service.

Bernie and his wife Sheila were long-time residents of Norfolk, Virginia, raising their family of three boys before relocating to the peaceful and beautiful setting of the Northeast Kingdom of Vermont. In retirement, Bernie was an avid golfer and huge hockey fan. In the 1970s he volunteered at Scope and the Hampton Coliseum as a Minor Official and Public Address Announcer for the local hockey teams. As a golfer, Bernie recorded the ultimate golfing thrill of a Hole-In-One on the 11th Hole at Barton Golf Club in Vermont on September 19, 1999. In retirement, Bernie also loved to travel, having made 16 trans-Atlantic crossings aboard the Queen Mary.

Bernie is survived by his loving wife, Sheila, of 65 years; a true love story about a Yankee bringing a British girl home! He is also survived by his brother Thomas (Tom) Long (wife Mary Ellen), sons Robert (wife Nancy), Kevin (wife Liane), and James, along with grandchildren Timothy, Colleen, Miles, Kyle, and Ryan, along with two step grandchildren and six great grandchildren. He was predeceased by six brothers and sisters (William, Arleen, Jerald, Alice, Francis, and Mary).

The family would like to thank all the caregivers and staff at Caledonia Home Health Care & Hospice and Dan Wyand PT & Associates for their exceptional care. Additionally, the family gives thanks to Dr. Raser, Dr. Van Straten, Dr. Schein, Dr. Ajamie, Dr. Barber, Dr. Fitzpatrick, and Dr. Ready for their commitment to Bernie’s good health. Thanks also to the Guibord-Pearsons Funeral Home for their assistance to the family.

In lieu of flowers, memorial donations in Bernie’s name can be made to Caledonia Home Health Care & Hospice’s website.

The family is planning a memorial service on Saturday, April 18th at 2pm at Guibord-Pearsons Funeral Home, 15 Main Street, Lyndonville VT 05851. An internment is planned at the Arlington National Cemetery, with the date pending.

Memories and condolences can be shared at www.guibordfh.com

To order memorial trees or send flowers to the family in memory of Bernard Long, please visit our flower store.