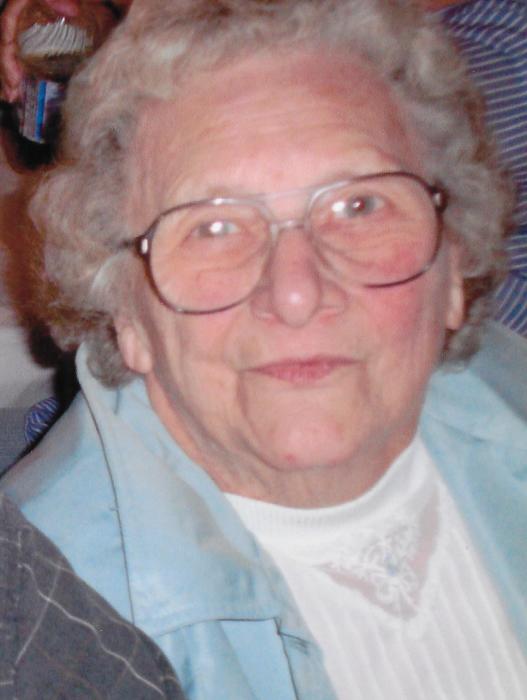 She was born in W. Burke on April 14, 1929, daughter to Burt and Joyce (Powers) Jenness. Bernice worked at local groceries in West Burke for most of her life. She was also an unofficial historian of the town. Up until the day of her death she could recall who was married to who, who was divorced and remarried, who the children where and who they married to. It would be a common occurrence for some to call or stop in to say hi and then ask…”do you remember?” and she would. Bernice was a loving woman who welcomed all into her home and heart and will be missed by many.

Bernice was predeceased by her loving husband, Kenneth, after 67 years of marriage, her mother and father and her sister Betty Ann.

She is survived by her two sons who respectfully called her Mother: Russell Ball of West Burke, VT and Donald Ball and his companion, Maree Bushey, of Westmore, VT, two grandsons: Robert and his wife Raychel, Kent and his wife Jillian, six great-grandchildren: Dallas, Dakota, Rileah, Kameryn, Kenzie and Burke, three step-grandchildren: Monique Ball and her family, Mark and his wife Jenn with their children: Trystin and Tieghan,  Chris Hall, Lee Barrup and wife Amy with their children: Zach, Morgan and Summer and one brother in-law: Jim Ball of West Burke, VT. 5 great-great-grandchildren and one great-great-great grandchild, Maverick and Several nieces, nephews, her special neighbors and many, many who called her Nana.

Many thanks to the staff at Northeastern Vermont Regional Hospital for their loving care during Bernice’s time there.

A Graveside Service will take place in the spring at the Hillside Cemetery on Burke Hollow Road in W. Burke.

To order memorial trees or send flowers to the family in memory of Bernice Ball, please visit our flower store.