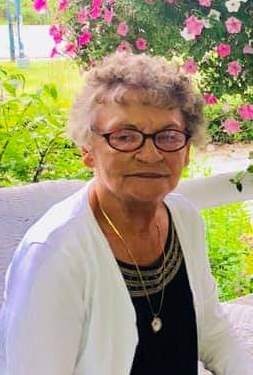 Born in Natick, MA on March 2, 1936, Beverly was the daughter of Vesper F. and Frances N. (Ahern) Blaisdell.  She was raised in Merrimack, NH, and lived in Derry, NH for over 50 years.

On January 28, 1956, Beverly married George Ernest Desrosiers. They moved to Derry, NH where Beverly lived for 52 years.  Beverly and George shared 55 years together until his death in 2011.  Beverly worked as a secretary at Pinkerton Academy and then at Raython from which she retired.  She moved to St. Johnsbury a short 3 years ago.

She was predeceased by her husband: George E. Desrosiers

Burial will take place at a later date at Forest Hill Cemetery in Derry, NH.

To order memorial trees or send flowers to the family in memory of Beverly Desrosiers, please visit our flower store.