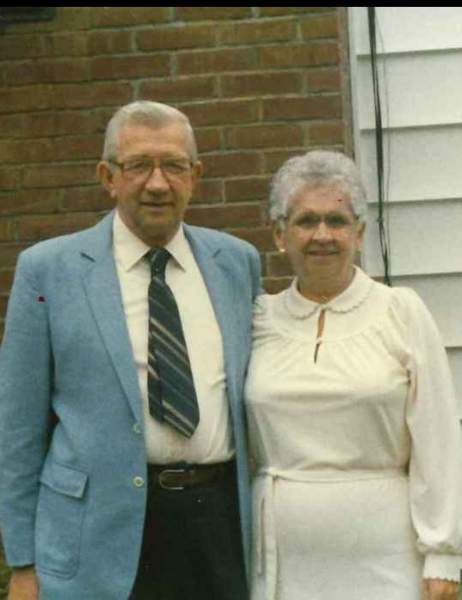 Derby Line, VT: Beverly G. Russell, 94, formerly of St. Johnsbury, passed away at North Country Hospital on February 27, 2019.  She had been a resident Michaud Manor for the past 5 years.

Beverly was born on September 28, 1924, daughter to the late Leonard C. and Charlotte (Stiles) Goss.  She was raised and educated in St. Johnsbury Center and graduated from St. Johnsbury Academy in 1942, and from Bay Path a year later, she married Stanley R. Russell on September 25, 1943. She and Stanley raised the family and lived in the area for much of their life aside from 1951-57 while living in Connecticut. Beverly was an avid reader, liked to travel, rode motorcycle and enjoyed snow-mobiling during the 70’s and 80’s. She was a longtime member of the First Congregational Church in St. Johnsbury Center and she was very involved in most all the activities, as well as being active in community clubs.  After retirement she and Stanley wintered in Florida and came back to summers in Lyndonville.

She is survived by her sons: David G. Russell of St. Johnsbury, William Russell and his wife, Kathie A., of Reno, NV, Peter Russell of Shelburne, VT, her brother: Courtland S. “Joe” Goss of St. Johnsbury , and 2 sisters: Phyllis Copp of FL and Nancy Eaton of Derby Line, 11 grandchildren, 6 great-grandchildren and several nieces and nephews.

She was predeceased by her husband, Stanley R. Russell and her infant daughter: Hanna Lei Russell

Guests are asked to bring pictures and stories to share for the service and reception.

To order memorial trees or send flowers to the family in memory of Beverly Russell, please visit our flower store.