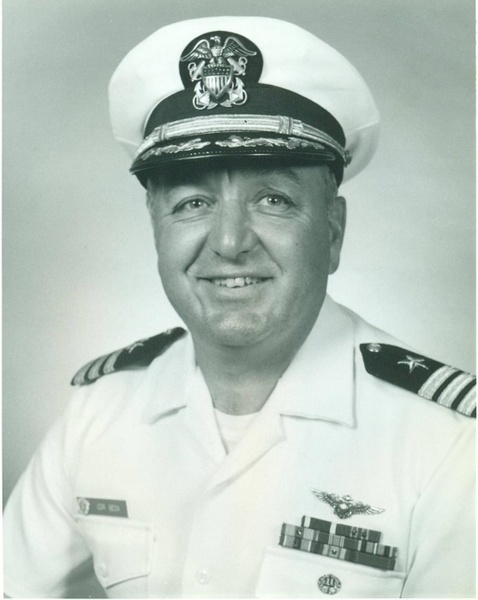 ***UPDATE*** Memorial services for Brent W. Beck will be held on July 27, 2021, at 1 p.m. at the United Community Church (formerly North Church) in St. Johnsbury, Vermont. All are welcome.

Brent was born in St. Johnsbury, VT on March 5, 1944, the son of Sigmund and Margaret (Peg) Beck of St. Johnsbury, Vt. Brent grew up in St. Johnsbury and graduated from St. Johnsbury Academy in 1962. He graduated from Springfield College in 1966 with a BS in Physical Education. Brent married his high school sweetheart Sandra Beck on June 29, 1966, and they were married for 50+ years. Immediately after being married, Brent and Sandie located to Pensacola, Fla., for Naval Aviator training. Brent served in the United States Navy for 27 years, retiring with the rank of Captain in 1993. He accumulated over 5,000 flight hours and over 950 carrier arrested landings, with a majority of his time being spent at Whidbey Island, WA flying the A-6E Intruder on multiple carrier deployments. He served as Commanding Officer of Training Squadron 7 in Meridian, Mississippi flying the A-4 Skyhawk. In 1993, upon retirement from the Navy, Brent and Sandie returned to Vermont to live their retirement years in Waterford. He was active in numerous organizations including St. Johnsbury Kiwanis, St. Johnsbury Academy Alumni Association, Caledonia County Fair, and Waterford, VT Selectboard.

Sandie Beck and his parents, Sigmund and Peg Beck predeceased him. He is survived by his three married sons and 10 grandchildren: Scott and Joelle Beck of St. Johnsbury and their children: Camden, Reagan, MacKenzie, Callahan, Braeden, and Gehrig; Tom Beck and Mei-Ling Beck of Larkspur, Calif. and their children: Thomas II (TJ) and Tyler; Brent Beck II and Hossay Beck of Fairfax County, Va. and their children: Adam and Zander; brothers and sisters-in-law, Jon and Diane Beck of St. Johnsbury , Craig and Shirley Beck of Passumpsic, Vt., and Sandie’s sister Sally Jean Haselton. Brent is also survived by many nephews and nieces: Jamie and Judith Haselton and Jonathan Stewart, Gary Beck and Alicia Blake, Carrie Verville and Crissie Devenger, and recent companion Marie Hagan of St. Johnsbury.

There will be services at a later date.

To order memorial trees or send flowers to the family in memory of Brent Beck, please visit our flower store.