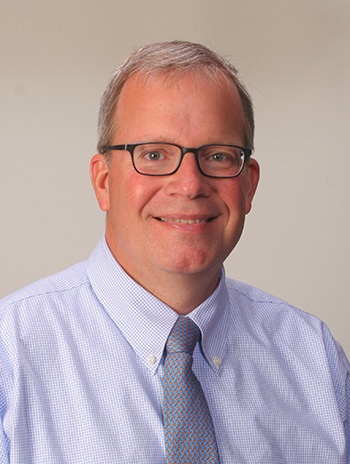 Brian was born in Miami and lived there for a short period of time before moving to Chicago and eventually Milton, Vermont. He grew up in Milton with his parents, Dede and Jack O’Farrell, and his three siblings, Kelly, Liam, and Tim. Brian graduated from Milton High School in 1984 as a member of the National Honor Society and a leader in his class.

After earning his degree in sociology at UVM, Brian set off to spread hospitality and good cheer to all he met. His passion for wine earned him a one-week stint on a cruise line as a sommelier, a position in wine management at a fishing lodge in Minnesota, and a wine distributor in Stowe, Vermont before eventually settling down in the Northeast Kingdom at the Wildflower Inn. Here, Brian met Des Hertz, to whom he married and had two children, Erin and Kate O’Farrell. Brian loved being a father, and in marrying his wife Jenna, he welcomed two more children into his life, Henry and Annie Cunningham. Their family was complete when Brian and Jenna brought Brennan O’Farrell into the world in 2007.

Brian received his Master’s Degree in Counseling at UVM and settled into a career in school counseling at the St. Johnsbury School for 20 years. At the school, Brian took pride in his development of the 6th grade collaboration with the Appalachian Mountain Club, his membership in the healthy schools team, his involvement with the HALO program and development of middle-level summer camps, his inter-agency collaborations, and his role as president of the St. Johnsbury School Education Association. His commitment to countless students and their families earned him the award of Outstanding Teacher of the Year in 2007. Although remaining a perpetual middle school student at heart, he finally “graduated” eighth grade and transitioned himself to St. Johnsbury Academy, where he continued his role as a school counselor.

Brian took advantage of the Northeast Kingdom’s beauty through skiing, biking, and boating. He was most happy when traveling with his family. He led them on many adventures, all the while teaching them the ins and outs of being a “good traveler” and the importance of building curiosity and understanding one another in the world. Some of his favorite places to visit included West Cork, Ireland, the Caribbean, Florida, Montreal, and Chicago.

Brian was a kind soul, spreading empathy everywhere he went and impacting all the lives he touched with grace and generosity. He found humor in unexpected places and his fun-spirited laugh and smile were contagious. Brian was a lover of the finer things in life, and was a great chef who loved to prepare meals for his family. He would never say no to karaoke or cookies.

To order memorial trees or send flowers to the family in memory of Brian O'Farrell, please visit our flower store.