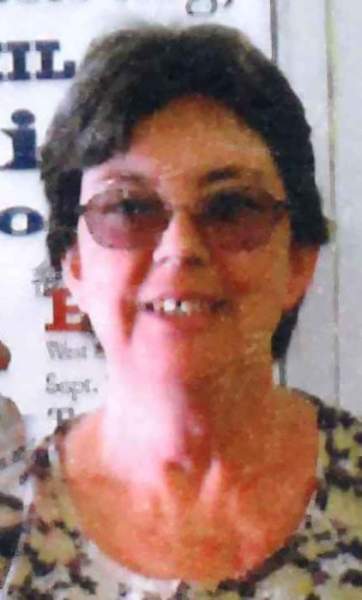 Waterford, VT: Carol D. Cuthbertson, 60, of Hale Road in Waterford, Vt. passed away surrounded by her family on Friday, February 22, 2019 at the Pines Rehabilitation Center after a16 year battle with cancer.

Carol was born in St. Johnsbury, Vt. on September 4, 1958, daughter to Dorothy Jean (Hooker) and the late Maynard Owen Douse. She was raised and educated in Danville and East Hardwick graduating from Hazen Union High School with the Class of 1976.  Carol grew up on a farm and became a farmer’s wife on May 24, 1986 when she married Maurice “Butch” Cuthbertson.  She was very happy living the life of a farmer and a farmer’s wife.  She also drove RCT for a few years and school bus for Concord and Waterford for over 30 years.  Carol was very proud of her work in 4-H.  She enjoyed sewing and showing cattle and volunteered as a dorm mother at Eastern States Exposition for many years.

She was predeceased by two brothers: Louis and William Douse; three sisters: Janice Bocash and Barbara and Brenda Douse; her father-in-law: Maurice “Cuffy” Cuthbertson on February 20, 2019; and as of this publication, her mother-in-law: Dorothy “Dot” Dodge on February 23, 2019.

A Funeral Service officiated by Rev. Ann Hockridge will be held at 11AM, Wednesday, February 27, 2019, at Waterford School on Duck Pond Road.

To order memorial trees or send flowers to the family in memory of Carol Cuthbertson, please visit our flower store.