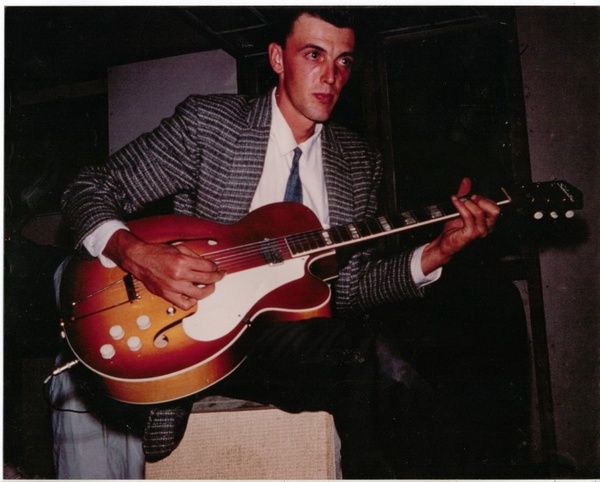 Charles T. Cushman Jr., 75, affectionately known as Bug,  died on his dad’s birthday, November 20, 2019, at Northeastern Vermont Regional Hospital with his family at this side.

He was born on December 9, 1943 at the family farm on Bible Hill in St. Johnsbury. He was born the oldest child to Charles T. SR. and Anita (Mosher) Cushman.  The land where he was born and remained until his death was purchased the year he was born and he was so proud to say the land saw five generations of Cushman’s playing on it.  When his mother died at a young age, Charlie helped his grandmother, Mary Cushman  raise his siblings.

At the age of 18, Charlie learned the trade of brick laying, learning from his father.  A year later, he became one of the youngest members of the bricklayers union.  He left his work throughout the community and was proud to have taught the trade to his children.

On January 20, 1962 Charlie married Patricia Farman.  Together on the family land they built a house and raised four boys and a daughter. His greatest hardship was the death of his two boys, Scott and Chuck.

Charlie was an avid outdoorsman. In his younger years he loved to hunt, trap and fish. He spent many successful years trapping with his brother in law, Leslie. Later in years he took joy in simply watching and feeding the animals. He enjoyed raising goats and chickens and took much care with all of them.

Charlie spent his spare time working his land. He was an exceptional gardener and could grow anything. He had an amazing apple and pear orchard and a vast array of berry bushes.

Charlie’s greatest love was his grandchildren. As babies he would rock them all and as they grew he enjoyed attending ball games and teaching them about history, coin collecting and gardening. He loved to travel and there wasn’t a ride at Disney World he wouldn’t go on with the kids.  He found joy by simply being with them.

Charlie was a member of the Loyal order of the Moose Club, NRA, and fought for land rights.

He was predeceased by his two sons as well as brothers:  James and Jerry Cushman; sister: Shirley Aldrich and brothers-in-law: Robert Farman, Duane Locklin and Robert Lawrence and a close friend Gerald Peck.

Visiting hours will take place on Tuesday, November 26, 2019 from 5-7pm at the Guibord-Pearsons Funeral Home in Lyndonville, VT.  A funeral services will begin at 7pm with the Rev. Dr. Robert Potter officiating.

A committal service will take place next spring at the St. Johnsbury Center Cemetery with the time and date to be announced.

In lieu of flowers, donations in Charlie’s memory can be made to the Norris Cotton Cancer Center North, 1080 Hospital Drive, St. Johnsbury, VT 05819.

To order memorial trees or send flowers to the family in memory of Charles Cushman, please visit our flower store.