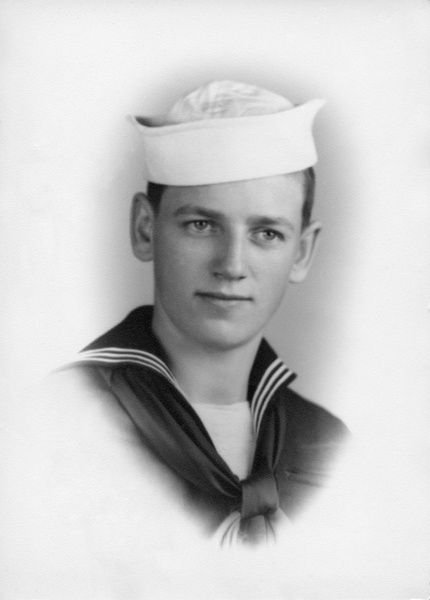 It is with heavy hearts, we share the passing of Charles Donald Adrian Deos, 94, of Lyndon Center on June 9, 2021.

While a member of the Lyndon Institute class of 1946, Charles enlisted in the US Navy in 1944, where he served honorably until his discharge in 1946.  His service during World War II led him to the Pacific Theatre where he patrolled on and off the shoreline of Nagasaki, Japan, became a licensed pilot and learned conversational Japanese.

Charles’ desire to learn continued; after receiving his GED and later his diploma he went on to earn his Master’s Electricians License, Master Welder Certification, served as Welding instructor for VCC, Commercial Drivers License and a self-taught jack of all trades.  Having spent years restoring his 1925 and 1926 Buicks, he could frequently be seen participating in local parades.

Charles led a life of service; as a member of the Masonic Lodge in Lyndonville, he served multiple terms as Lodge Master and received recognition for his 60 years of membership.  He was a member of the Lyndon Center Baptist Church and would often be seen lending a hand where needed.  He loved his community, many close friends, hunting, fishing, dancing, playing cards and above all spending time with his family.

A Funeral Service will be held on June 19, 2021 at 10:00 AM at the Lyndon Center Baptist Church in Lyndonville, VT. A committal will take place immediately following the service at Lyndon Center Cemetery with military honors and a masonic service.

In lieu of flowers family has asked donations be made to Lyndon Center Baptist Church, PO Box 447 Lyndon Center, VT 05850.

Memories and condolences may be shared at www.guibord.com

To order memorial trees or send flowers to the family in memory of Charles Deos, please visit our flower store.