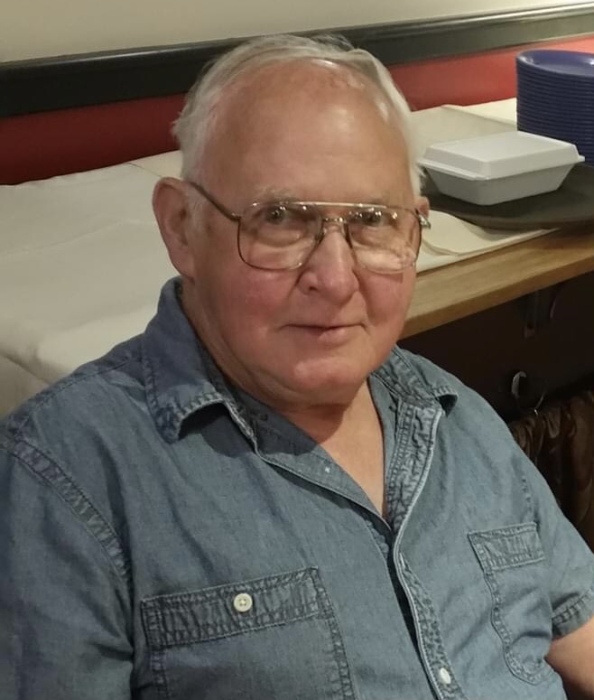 Charles Osmore Gilman, age 78, of Gilman Road, passed away peacefully surrounded by his family at his home Saturday, January 9, 2021, following a long struggle with heart and lung disease.

Charlie was born in Lyndonville, VT, on September 26, 1942, son to the late Leon, Sr. and Ruth (Newell) Gilman. He grew up in Sheffield attending school there and graduating from Lyndon Institute with the Class of 1961.  Charlie was a dairy farmer much of his life and loved it.  When he stopped farming in 1982 he began driving milk truck for Dennis Bouffard and from there purchased his own milk trucks under the name Hill and Valley Transport, effectively staying in the dairy field for another 20 years.   Over the last year he has been under the care of his daughter and son-in-law, Cindy and John.  Charlie served on the Selectboard for the Town of Sheffield for over 40 years; as well as the Cemetery Sextan for a time until last year.  In years past, he could always be seen at the food booth at the Sheffield Field Day.  Charlie enjoyed going to tractor pulls with his brother, Leon. Weekly poker games were always a hit over the years with Mike, Pop, Russell and Ray. And he also enjoyed going to auctions with Raymond and Sonny. Charlie was a good soul who will be very fondly missed by all who knew him.

He was predeceased by his sister, Dorothy Nelson in 2013.

A special thank you to his sister, Patricia Nelson, and friend, Jossie DeGreenia for all their support over the past few months.

A Graveside Service will be held on June 5, 2021 at 11AM at the William Dexter Cemetery in Sheffield, VT

To order memorial trees or send flowers to the family in memory of Charles Gilman, please visit our flower store.