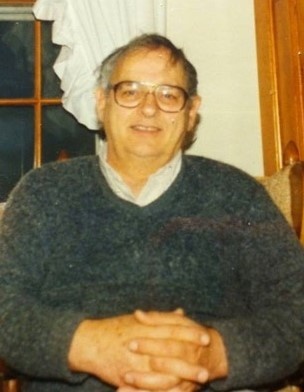 Charles was born in Orwell, Vermont, September 15, 1925, son of Ralph A. and Mary Estella (Morgan) Wiggin.  He attended schools in Orwell, Brandon and Shoreham, and he graduated from Shoreham High School.  He graduated from Castleton State in 1952.  He married Sarah Louise Mathews, daughter of Col. Orvis and Eva Mathews of Orleans, Vermont, on December 20, 1952.

There will be no services.

Sayles Funeral Home is assisting the family with cremation arrangements.

Any memories you may have of Charles that you would like to share would be welcomed and cherished by the family.  Please contact Sayles Funeral Home as to where to mail them.

To order memorial trees or send flowers to the family in memory of Charles Wiggin, please visit our flower store.