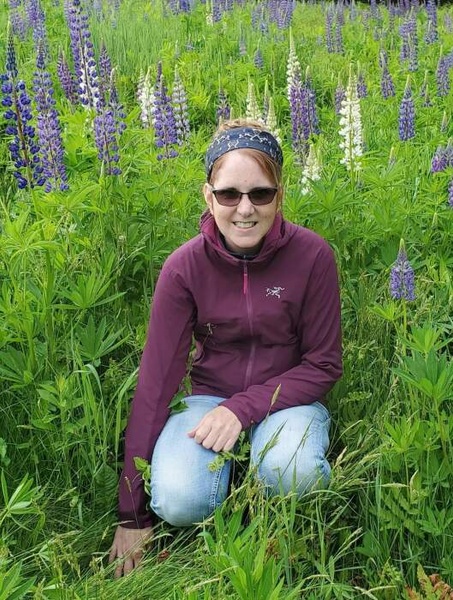 Christine was born on September 23, 1967, in St. Johnsbury, VT, daughter to Vivian Lena (Griffin) and the late Robert Edward Hovey. She was raised and educated in Concord graduating from high school there with the Class of 1985.  She continued on at Johnson State College taking classes to further her education.  Christine’s life was full of struggles but so many miracles, too numerous to count over the years.  Diagnosed with cancer at an early age, she attended Camp Ta-Kum-Ta and later returned as a volunteer for several years, giving back all that she could and more.  Throughout the years she worked at Burndys, Littleton Coin and two different times at New England Wire, where she was currently. She enjoyed knitting, crocheting, could do anything with crafts, liked working with fabrics and trying new things. Christine loved the outdoors, whether it was kayaking, snowshoeing, hiking, riding her new e-bike, watching wildlife or finding lupines.

She is survived by her mom, Vivian Hovey, of Concord, VT, her sister, Andrea “Angie” Lloyd and husband, Richard, of Williamstown, VT, their children, her niece: Amanda Lloyd and fiancé, Andre Paradie with their children: Chloe and Lillianna, her nephew: Michael Lloyd and wife, Paige, with their daughter, Brynley, Christine’s brother: Ryan Hovey of Victory with his daughter, her niece: Ava Hovey.

A Celebration of Christine’s life will be held at the Concord Community Church in Concord, VT, at 11AM on Saturday, March 26, 2022, with Rev. Joshua Abetti officiating.  Burial will be private at the Concord Village Cemetery at a later date.

To order memorial trees or send flowers to the family in memory of Christine Hovey, please visit our flower store.