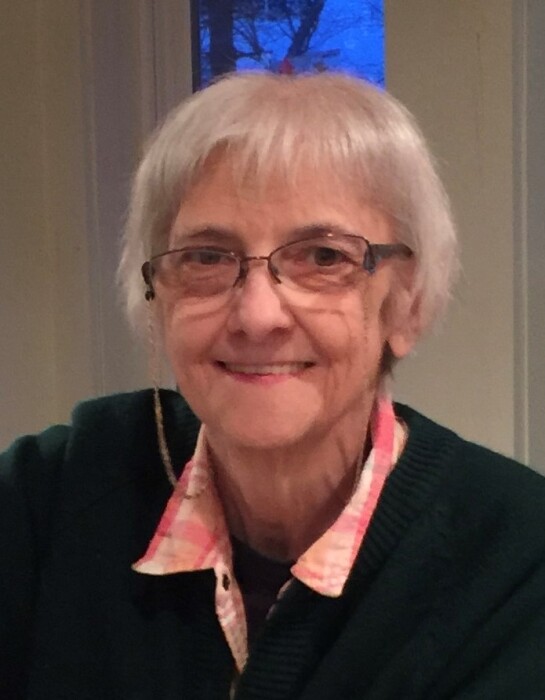 Darline (Dodi) Reynolds, the family’s energizer bunny, passed away peacefully in her St. Johnsbury home with family at her side in the early hours of Dec. 31st. She was born on March 2, 1954, in Bridgeport, Connecticut, to Edmund and Dorothy Judson. Dodi grew up and lived in Fairfield, Connecticut her entire life until moving to St. Johnsbury in 2016 to be near family despite her dislike of the cold.

Dodi graduated from Roger Ludlow High School in Fairfield, class of 1972. After graduation she worked briefly as a clerk at the Small Cars car dealership in Darien, Connecticut, before going to work for Miller Auto, Darien, a dealership for high end cars including Land Rover and Jaguar. At Miller she began as a clerk and quickly worked her way up to Comptroller, a position she held until her move to Vermont.

In 1973 Darline met the love of her life, Gerald (Bud) Reynolds, and they were married on May 10, 1975, sharing 38 years of marriage before his death in November, 2013.  They were inseparable, enjoying shopping trips, eating out and exploring new restaurants while still frequenting their favorites, and road trips around new England, including regular trips to St. Johnsbury to visit Bud’s brother, David, and his family. It was a standing family joke that Dodi and David’s wife, Nancy, were the saints in the family for putting up with the two of them when they got together.  Bud and Dodi were avid movie and TV fans; they always had the state of the art electronics, and every new gadget that came out. When Bud developed a passion for growing tomatoes, Dodi became his sometimes reluctant helper, as their large yard was transformed almost entirely into garden, and canning became a labor intensive fall activity.

Darline was a quiet and unassuming presence, with a great sense of humor, and she was famous for coming out with a zinger when least expected. She was a strong, independent, loving and loyal woman. Her interests were varied. In her youth she took riding lessons, and played the accordion. Her interest in music ranged from opera to Janis Joplin. Dodi loved to play games, anything from Bocce to Farkle, was a decent cribbage player; and even learned to play Mahjong after moving to St. Johnsbury. Cross word puzzles were a favorite pastime. She enjoyed building things and fixing all things mechanical. While she missed easy access to shopping malls once she came north, she embraced on-line shopping, and continued buying new products, many of which then found a place on a shelf in her home, never to be used again. Dodi was very observant, and her gifts were always exactly what the recipient really wanted or needed; she took great joy in doing that.

Dodi loved cats, and they loved her in return. She also loved moose but sadly her wish to see a live one in Vermont was never fulfilled. She was very excited, however when she finally saw deer in her back yard.

She relished her time with her nieces and their families, always letting them know how much she loved them. She thoroughly enjoyed the annual Reynold’s family vacations in Maine and at Camp Old Joe on Joe’s Pond. She looked forward to getting together with the weekly breakfast group, and greatly appreciated their friendship. A highlight of her week was her visit to Locally Social for a Caramel Cappuccino.

Darline was predeceased by her parents, her in-laws, John and Marie Vojta, and her beloved husband Bud.

She is survived by a sister Beverly Barber of Milford, CT and her family. She is also survived by her Brother in law and Sister in law, David and Nancy Reynolds, of St. Johnsbury, and her nieces, Carrie Locklin (Shawn) and daughter, Danielle of St. Johnsbury, Megan Goyet (Jeremy) and son Donovan of South Burlington, and Brynn Evans (David) and children David and Amelia of Barnet. She is also survived by a very special friend, Kim Bucko, of Milford, Connecticut.

The family is very thankful for the care Darline received from the St. Johnsbury Fresenius Dialysis Unit over the past 4 ½ years, as well as the Trauma and Palliative Care Services, and the assistance of the Virtual Visit team at Dartmouth Hitchcock Medical Center. We are extremely grateful for the care and support she and the family received from the Hospice Team at Caledonia Home Health Care and Hospice, NCHC.

There will be no calling hours. Her funeral will be at the convenience of the family. Donations in her memory may be made to the Hospice program at Caledonia Home Health and Hospice; please make checks out to CHHC designating the donation for Hospice in the memo line. Checks should be sent to CCHC, 161 Sherman Drive, St. Johnsbury, VT 05819.

The family is being assisted with arrangements by Sayles Funeral Home, St. Johnsbury, Vermont.

To order memorial trees or send flowers to the family in memory of Darline Reynolds, please visit our flower store.