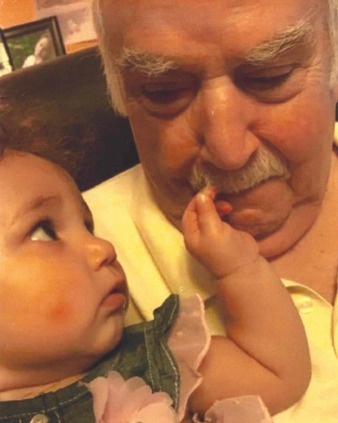 David Merlin Austin departed this world the night of October 5, 2022.  He was born in Burlington, VT to the late Almon and Marian Austin on October 10, 1941, the 7th of 9 siblings.  He grew up in Duxbury, VT.

David served in the US Navy and Air Force for a combined 20 years, primarily as a budget analyst.  Upon retiring from military service, he enjoyed a long career in loss prevention, working for department stores such as Ames and Zayres.  He also worked as a security guard for General Electric and the Vermont State House.  David was a good-hearted and generous man, quick with a kind word or friendly hello.  He loved watching old westerns such as Gun Smoke, and enjoyed football, especially when his favorite team, the Green Bay Packers, were playing.

Affectionately known as “Chuck” to his sons and “Daddy” to his daughter, David is survived by 5 children with his first wife, Jeanette (Jennings) Austin: David (“Tony”) and his wife Valerie of Barre, VT, Donald of Danville, VT, Carol Collins of New Bedford, MA, Daniel of Sharon, MA, and Dennis and his wife Shannon of East Corinth, VT, and one child with his second wife, Evelyn (Nunn) Larcomb: Kenneth of West Danville, VT, as well as 9 grandchildren, 15 great grandchildren, and several nieces and nephews.

Thank you to the folks at Price Chopper and the attached Community National Bank in St. Johnsbury, as well as the staff of all the other businesses David used to frequent while bargain hunting.  Visiting with you all when he was out and about was the one of the highlights of his later years.

David did not want a lot of fanfare, but there will be a brief burial service at the “Irasburg Cemetery” on Route 58 in Irasburg, VT on Friday, October 14 at 3PM.

In lieu of flowers and in honor of his charitable spirit, donations can be made in David’s name to the Vermont Foodbank at www.vtfoodbank.org.

To order memorial trees or send flowers to the family in memory of David Merlin Austin, please visit our flower store.