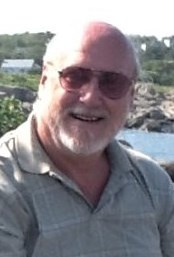 David was born in North Haverhill, NH on December 15, 1952 to Bernard and Maude (Wells) Timson, Sr. He was raised and educated in East Village and St. Johnsbury graduating from St. Johnsbury Academy, Class of 1971 and then attending the Community College of Vermont.  In the mid 70’s, David was involved in establishing Northeast Kingdom Community Action where he worked for over 20 years.  David was a long time member of the St. Johnsbury Moose Club; he served Kingdom Community Services with work at the food shelf; and he was very involved in St. Johnsbury School Board Meeting and Town Selectman Meetings.  He also was ADA of St. Jay and served on the Housing Review Board. David was a member and longtime president of Friends of the Southwest Cove.  He championed the preservation of the history and the clothing optional status of the Southwest Cove of Willoughby Lake where he was affectionately known as “The Governor”.  David enjoyed “nayaking” and “canuding” (kayaking and canoeing in naturist style).

David was predeceased by his father: Bernard Kendall Timson, Sr.

A Funeral officiated by Reverends Hyung-Kyu Yi and Ann Hockridge will be held at 11AM on Saturday, July 6, 2019, at Grace United Methodist Church on Central Street in St. Johnsbury, VT.  Burial will follow at Passumpsic Cemetery in Waterford, VT.

Friends may call on the family on Friday from 6-8PM July 5th at Sayles Funeral Home, 525 Summer Street in St. Johnsbury, VT.

To order memorial trees or send flowers to the family in memory of David Timson, please visit our flower store.