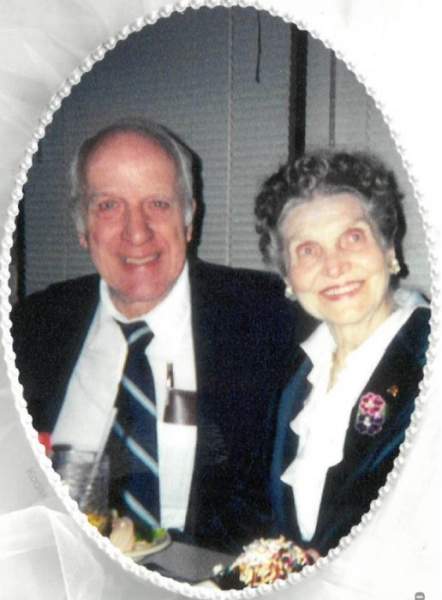 Delmer Charles Austin passed away on December 13, 2019, at the age of 97, after a short period of declining health.

The son of Arnon and Glendola (Ward) Austin, “Del” was born in East Haven, Vermont in 1922. He would often tell stories of his idyllic childhood, in a St. Johnsbury of “yesteryear,” where he moved with his family as a young child. He raised chickens and tended his very own garden in this rural St. Johnsbury. An industrious lad, he was never idle and liked to pull his wagon around the    neighborhood, selling vegetables and eggs, and later had a newspaper route. This solid work ethic accompanied him throughout his life and well beyond retirement.

Delmer attended Arlington School, St. Johnsbury Trade School, and later graduated from St. Johnsbury Academy. A patriot throughout his life, he served in the army during WWII, stationed in Europe for three years.

At age 14, Delmer met the love of his life, Grace Lovejoy, marrying her at age 19. Grace and   Delmer’s love lasted a life-time. Upon his return from the war, they lived in Springfield, Vermont and then returned to St. Johnsbury, where they remained. Delmer was known for his years of dedicated work as a serviceman for Sears & Roebuck, from which he retired in 1988. He and Grace enjoyed their golden years traveling and visiting their daughters and grandchildren in the South.

Side by side in all they did, they were recognized everywhere for their sweet love and undying devotion. Long-standing members of the local Union Baptist Church, they lived their lives as faithful and generous believers, seeing the good in everyone and going out of their way to help those in need. Grace and Delmer went to White’s Market daily, a tradition Delmer held on to after Grace was gone. He loved his coffee and newspaper, and the friendly staff at Whites who treated him like family. Grace passed away on Valentine’s Day 2016, just before their 74th wedding anniversary.  Delmer joined her in Heaven, three years later.

A graveside service will be held at the Mount Pleasant Cemetery a date to be announced at a later time.   Donations can be made to the Union Baptist Church Missions Fund, (932 US Route 5, Waterford, VT 05819) or the local Veterans’ Chapter of choice.

To order memorial trees or send flowers to the family in memory of Delmer Austin, please visit our flower store.