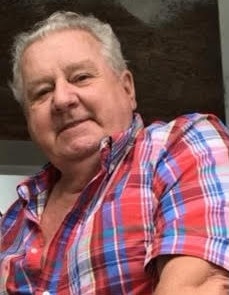 Dewey was born on July 27, 1947, in St. Johnsbury.  He was the son to the late Milo and Helen (Davis) Persons, Sr., and the youngest of 13 children.  He was the epitome of a true Vermonter, being raised on the farm, beginning in Waterford and later, St. Johnsbury, just up the road from where he eventually called home.  Dewey married the love of his life, Lorna D. Wood, on June 11, 1966.  Coming from a large family himself, Dewey and Lorna had four children of their own.  The majority of his life, Dewey worked as a carpenter.  In his early years, he also did some mechanic work, worked for Fairbanks Scales, and the Town of St. Johnsbury for a short time (apparently rolling the sidewalk plow, not once, but twice, was not part of his job description).  Dewey was a wild child in his younger years, oh the stories some could tell!  He had a love for the outdoors, enjoying his time fishing and hunting and bird watching from the dining room window.  You could often hear him ranting at his TV while watching baseball and his old westerns or find him making “The Loop” around the neighborhood in his truck, typically at 20 mph, always with a cigar hanging out of his mouth.  Dewey adored his children, and especially his grandchildren.  He loved sitting around campfires, feeding the birds, and helping to decrease the surplus squirrel population because they liked to eat his bird feed.

As Dewey wished, Services will be private and there will be no calling hours.

Memorial donations may be made to the American Cancer Society or a charity of choice.

To order memorial trees or send flowers to the family in memory of Dewey Persons, Sr., please visit our flower store.