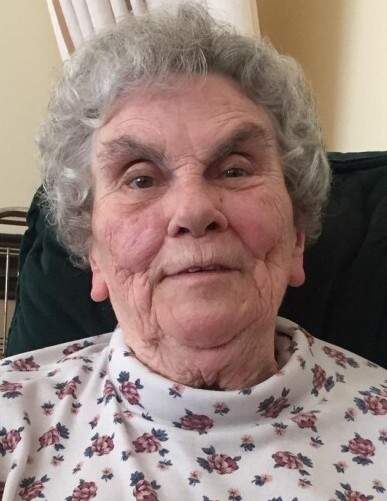 Dorcas was born in St. Johnsbury on September 12,1934, to Francis and Bernice (Merchant) Johnston.  She attended local schools graduating from St. Johnsbury Academy, Class of 1952.  In 1955, Dorcas started a daycare and worked in childcare for her whole life. She had great affection for all the children under her care and knitted sweaters, mittens, and hats for all of her “kids”.  Dorcas was a member of Grace United Methodist Church in St. Johnsbury.  She served as a Sunday School Teacher for 35 years and participated in various prayer groups for 20 years. During the Gulf War, Dorcas originated what became known as “Vermont Supports” to support overseas soldiers during the holidays. Dorcas will be remembered as a devoted mother and grandmother.

Dorcas was predeceased by an infant son: Robert

Donations may be made in Dorcas’ name to Vermont Supports at http://vtsupports.org/donate/.

To order memorial trees or send flowers to the family in memory of Dorcas Lee, please visit our flower store.