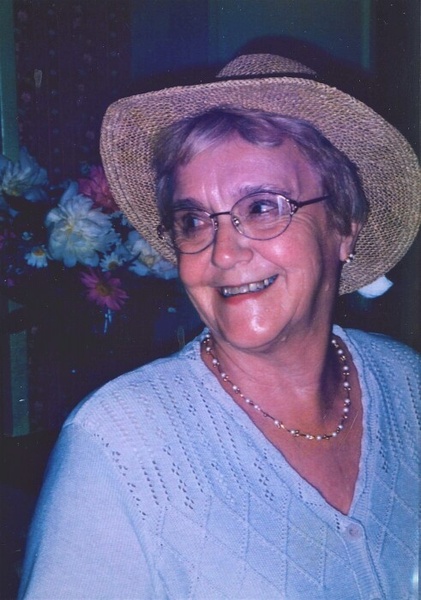 Dorothy Alice (Ayer) Larrabee, age 87, passed away on May 10, 2021 after a brief battle with cancer. She was surrounded by family in her home in Danville.

Dot, also known by family and friends in her younger years as “Sweetie”, was born to Otis and Katherine Ayer at their home overlooking Joe’s Pond in West Danville, VT. She was the youngest of three children. Dot was educated at West Danville Graded School and graduated from Danville School in 1951 with her five classmates.

After high school, Dot worked at Caledonia National Bank and shortly thereafter met the love of her life, Earl “Buddy” Larrabee Jr. Dot and Buddy were married in August of 1953 and moved to Burlington where Buddy attended business college. During that time Dot worked at McAuliffs and the Bishop DeGosbriand Hospital. They eventually returned to West Danville where they started a family and a contracting business -- which led to the establishment of Larrabee’s Building Supply in 1964. Dot assisted in the management of the business while also raising their three children, Steven, John and Elizabeth. Dot, Buddy, and the kids loved traveling to Florida over the years, but a lot of their time was spent in Danville, the town they loved, building and running businesses and strengthening the community.

In 1975, Dot and the kids tragically lost Buddy to an accident, but Dot persevered and continued working at the building supply and raising her kids. She turned grief and tragedy into service and hope for others. It would be hard to find a board or non-profit she was not associated with. That sense of service was apparent when she was named Danville’s Outstanding Citizen of the Year in 2005. Dot was known for her commitment to family, community, and church. She didn’t just go to church every Sunday, she gave time and talent, and cared a lot for her church family. Dot played an integral part in her grandchildren’s lives. She helped raise the grandkids, never missed a sporting event, and some even had the pleasure of living with her for a period of time.

Dot was also fortunate to have a group of friends with whom she traveled the world with. From the infamous Kate Beattie bus trips, to church group excursions, to antics with the “Golden Girls” (Pete, Hazel, Dot and Jane), Dot traveled the US and even made a trip across the pond to Egypt and Israel. But some things never change, and one of her favorite trips was the annual trek to Florida with her good friend, Jane Milne.

She is survived by her children: Steven E. Larrabee, Sr. and wife, Wendi of West Danville, VT, John F. Larrabee and Julie Poutre of St. Johnsbury, VT and Elizbeth Hudson of Danville, VT.  She was also survived by five grandchildren: Chad of Missoula, MT; Steven (Buddy), Jr. and wife, Tanya of Canton, MA; Brittney of West Danville, VT; Zachary and wife, Betty of West Bay, Grand Cayman; Ranson H. Hudson, III and fiancée, Brittany Derrington of North Haverhill, NH; Daniel Bailey of St. Johnsbury and brothers-in-law Richard (Terri), Dennis (Betty) and Garey Larrabee and sister-in-law Patricia Larrabee and many nieces and nephews. Dot is also survived by two great-grandchildren: Gage Wilson and Benny Larrabee.  The family extends a special “Thank you” to her niece, Darla Ayer, for the love and comfort she provided during our mother’s last days.

The family invites all relatives, friends, and community members to join in “A Celebration of Life” at 12:30 PM on Sunday, May 16th at The West Danville United Methodist Church.  The service for Dot will also be livestreamed on The West Danville United Methodist Church Facebook page.  Following the service, a catered luncheon will be held at 1:30 PM at the Joe’s Pond Pavilion on North Shore Road in West Danville.  Masks and COVID restrictions apply.  Memories and condolences may be shared with family at this time and also at www.saylesfh.com.

In lieu of flowers, memorial contributions may be made to The West Danville United Methodist Church, PO Box 55, West Danville, VT 05873 in memory of Dorothy and Earl Larrabee.

To order memorial trees or send flowers to the family in memory of Dorothy Larrabee, please visit our flower store.