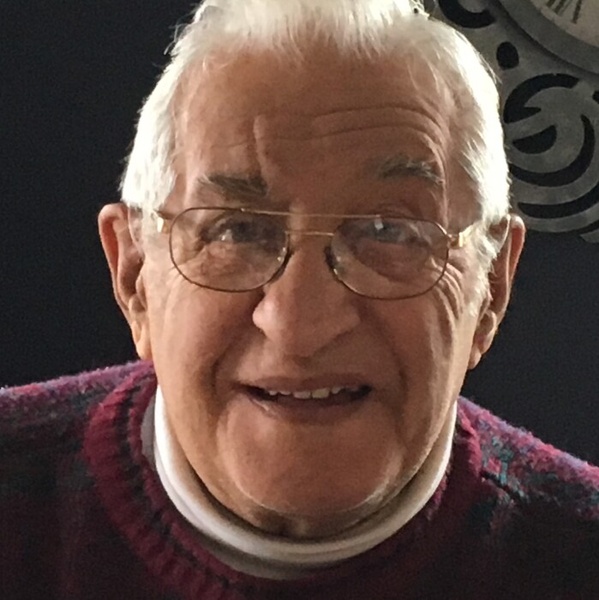 Eddie Joseph Toney of St. Johnsbury, VT passed away on Saturday, September 19, 2020, at Northeast Vermont Regional Hospital surrounded by his family.  He was four months shy of his 100th birthday.

Eddie was born in Littleton, NH on January 21, 1921 to Joseph and Lillian (Ziter) Toney.  He was raised in St. Johnsbury.  He served in the 9th Army Division and then the Military Police at Fort Riley during WWII.  It was at the military base, in 1943, that Eddie married Doris Irene Morency.  The couple shared 51 years together until Doris’ death in 1994.  While an MP, Eddie would proudly tell the family that he knew Joe Lewis and that actress, Jean Cairney, addressed him by name and waved every time she came on base.

Eddie began his working life at Handy Ice Company, but upon returning from his military service, he started the Tri-Corner Market, that boasted the first soft serve ice cream in Vermont. Then, in 1956, Eddie decided to make doughnuts.  He was still working up until a few months ago.

Even while running and then working in a successful business, Eddie made time for the things he loved, gardening and reading, but mostly family.  Eddie loved spending time with family, sitting with the grandchildren telling the stories of his life. He had a wonderful sense of humor.  Eddie served on the Board of the Country Club for several years and was a member of the Elks and the Knights of Columbus.

Eddie was predeceased by his wife: Doris Toney; 2 sisters: Ann Laferrier and Mary Lowell; and his close friend: Francis Quatrini.

Memories and condolences can be shared with the family online at www.saylesfh.com

To order memorial trees or send flowers to the family in memory of Eddie Toney, please visit our flower store.