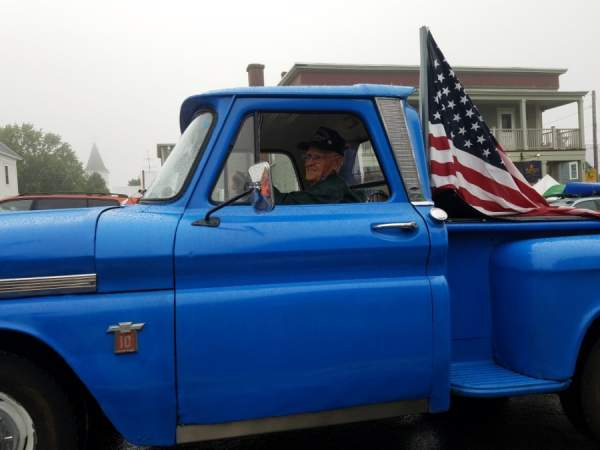 Edward Joseph Pechalonis, of Lyndonville, passed away unexpectedly on April 15, 2021 after a brief illness. He was 96 years young.

During his lifetime, he worked as an electrician in both Connecticut and Vermont. He retired from Lyndon State College after working many years. In his younger years, he enjoyed fishing all year long. Later in life, he enjoyed vintage cars and was a member of Cars of Yesterday Year car club in Newport, Vt. He attended many car cruises and was often joined, by his fellow car enthusiast and son-in-law, Dennis. He owned a 1964 Chevy pickup and won many prizes and trophies.  His other interests included bingo, wood working, and restoring vehicles.  Edward also enjoyed socializing and was a frequent customer at Miss Lyndonville Diner.

Edward was an Army veteran having served his country in the Korean Conflict and World War II.

Edward married his wife, Mary, in 1952. Edward and Mary resided on Daniels Pond in Glover, Vt. for 30 years before relocating to Lyndonville in 2006. They remained together for 62 years until her death in 2014.

He is survived by three daughters. Ellen Pechalonis and husband, Kenneth Hurst of St. Petersburg, Florida, Frances Ullmann and husband Joseph of Clearwater, Florida, Debra Towle and husband Dennis, Ed’s devoted companion of North Concord, Vt, their son Ryan Towle and wife Jasmine, and their daughter Aylah of Barre, Vt. Bernice Massart, sister-in-law of Providence, Rhode Island, Bertha Hellendrung, elder sister of Cheshire, Connecticut, as well as many nieces and nephews in many states. He is predeceased by his wife, Mary Retkowski Pechalonis in 2014.

The family would like to thank the staff at NVRH, Calex Ambulance, Caledonia Home Health, and the VA center in Littleton, NH for their care of Edward and the support provided to the family.

To order memorial trees or send flowers to the family in memory of Edward Pechalonis, please visit our flower store.