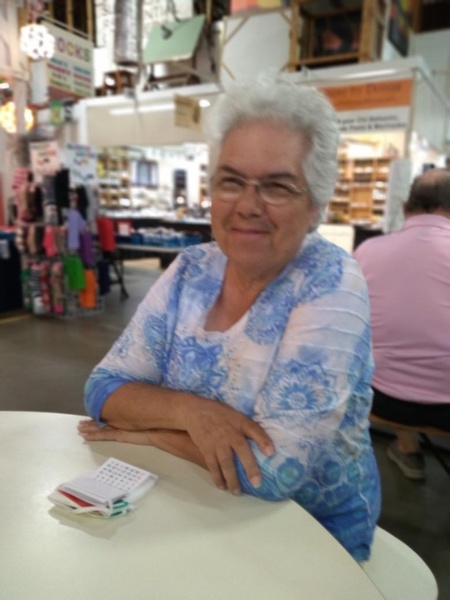 Elaine (Gentley) Perry of Lyndonville, VT passed away in her home the evening of July 24, 2022, after a long battle with Alzheimer’s disease.

Elaine was born in August of 1948 to Edward Gentley and Alfreda (Jackson). She graduated from Goffstown High School in NH and worked as a seamstress for most of her life. In 1979, she met Lew Perry through Singles Vermont, a pen-pal dating service. Elaine and Lew were married on June 15, 1985, sharing 37 years together.

Over the years, Elaine worked for Slalom Ski Wear in Newport, Lotus Duvet in East Burke, Tapestries in St. Johnsbury, as well as working out of her home for VT Teddy Bear. Elaine was famous for her cinnamon rolls and was an amazing cake decorator. She enjoyed serving her community as a member of the United Methodist Women’s Group and Quilting Club. For many years after her diagnosis, Elaine participated in the Walk to End Alzheimer’s every year. In their retirement, she and Lew enjoyed camping and traveling to visit their children across the United States.

Memorial donations may be made in Elaine’s name to the Alzheimer’s Association.

A celebration of life will be held on Saturday, August 13, 2022 at 11:00 AM at the Lyndonville United Methodist Church. All are welcome.

To order memorial trees or send flowers to the family in memory of Elaine G. Perry, please visit our flower store.