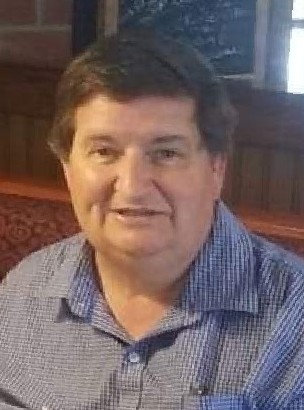 Born and raised in St. Johnsbury, VT, Everett enjoyed the outdoors, fishing, playing tennis, and swimming at the Kiwanis pool.  He graduated from ST. Johnsbury Academy in 1979.  He then enlisted in the Marine Corp and traveled the world.  When he finished his career in the Marines he was involved in Culinary Arts, which brought him to his love of food.  Everett also served in law enforcement in South Carolina.  More recently, he has been involved in the Community Garden, growing vegetables to share with everyone.

Since 1970, Everett has been involved in three different churches in the community.  He has held positions such as treasurer, trustee, and deacon.  The last 20 years he devoted his live to caregiving.  He spent the last 13 ½ years with the Waterford Group Home and NKHS where he helped many people and touched many lives.  He will be remembered by many and missed deeply.

He is predeceased by his father: Richard Clifford in 2002.

There will be a Celebration of Life held at the First Congregational Church, 1869 Breezy Hill Road in St. Johnsbury Center, VT, in the Fellowship Hall from 10am-2pm, on Saturday, January 18, 2020, with light refreshments.

Donations may be made in Everett’s memory to the First Congregational Church of St. Johnsbury Center, 1869 Breezy Hill Rd, St. Johnsbury, VT  05819.

To order memorial trees or send flowers to the family in memory of Everett Clifford, please visit our flower store.