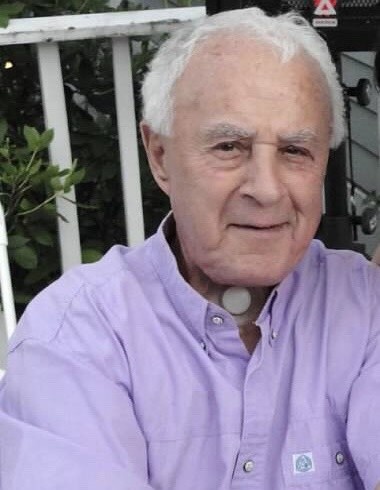 Francis was born on March 28, 1924, to Pietro and Delma (Desrochers) Quatrini.  He was raised and educated in St. Johnsbury and attended the St. Johnsbury Trade School.  He enlisted in the US Army and served in World War II in Japan.

Upon returning from the war, he worked briefly for Fairbanks Foundry and then went to work for the St Johnsbury & Lamoille County Railroad.  He was married to Gloria (Pelow) Quatrini for 72 years, and together they had four children: Steven, Theresa, Bryon and Gary.  During this period Francis and Gloria provided housing and meals to countless St. Johnsbury Trade School students from out of the area, who they maintained lifelong friendships with. As the boys grew older he became involved with St. Johnsbury Babe Ruth, where for many years he coached the Pirates.  Years later, after retiring from Babe Ruth, his grandaughters convinced him to coach again, this time for Girls Softball.  In retirement, he continued to follow his beloved Red Sox, he volunteered for RCT, enjoyed gardening, and found a love for golf.

Francis is survived by his two sons: Steven Quatrini and his wife Susan of St. Johnsbury, Bryon Quatrini and his wife Janet of St. Johnsbury; daughter-in-law Vicki Quatrini of St. Johnsbury; seven grandchildren and ten great-grandchildren: Steve and Susan's daughters Samantha Donoghue, her two sons Trey and Emmett, and their father EJ of Stamford, CT; Shelby Powers and her husband Brian and their three children, Poppy, Paisley, and Theo of West Hyannisport, MA; Theresa and Rogers's children Brent Buckbee and wife Brenda of St. Albans, Laurie Buckbee of Elmore, Brian Buckbee and wife Lori and their two sons Ryan and Matthew of Colchester, VT; Bryon and Janet's daughter Erin Hill, her husband Andy, and their two children Addison and Calvin, of Waterford, Gary and Vicki's daughter Anna Cushman and her husband Bruce, and their son Jack of St. Johnsbury; his sister-in-law Anna Hawkes of Connecticut, and several nieces and nephews.  He was predeceased by his wife Gloria, his children Theresa Buckbee and Gary Quatrini, son-in-law Roger Buckbee and his parents Pietro and Delma.

The family would like to thank Dr. Mary Ready and the staff of St. Johnsbury Health & Rehab. Also special thanks to his Home Health nurses, Hailey and Kristen, for their extraordinary care over the last few years.

To order memorial trees or send flowers to the family in memory of Francis Quatrini, please visit our flower store.