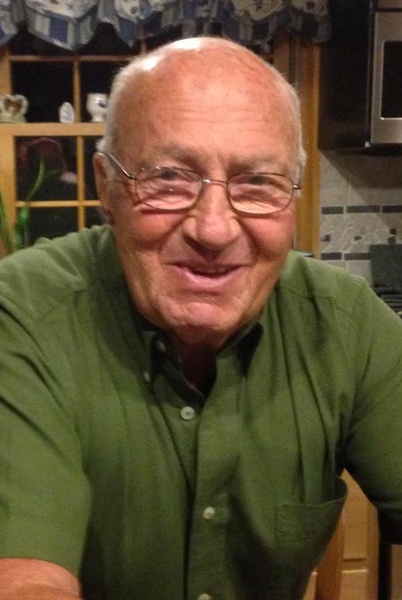 Francis W. Williams 80, of Robin Lane in Lyndonville, VT passed away on Thursday June 2, 2022 at the Welcome Home Mature Adult Assisted Living Home in Lyndonville surrounded by family and friends following a recent, rapid decline in his health due in part to contracting COVID.

He was born in Lyndon, VT on October 11,1941 to Wendall Williams and Mary Dubois Williams.

In his younger years he enjoyed life living with his grandmother Celia Williams.  He had a special bond with his Uncle Cecil Williams, who was a huge influence in in life, and Butch thought of him as a father figure.

In 1959 he married Audrey Hartwell, they resided in East Haven and they had 5 children together.  While living in East Haven, Butch held offices of Selectman and Road Commissioner.  He was a founding member of the East Haven Volunteer Fire dept.  He provided a truck to be used as the first fire truck, and helped to build the first fire station. Butch enjoyed racing at the Riverside Speedway track in Groveton, NH in the 70’s.  His car was the orange 09 in the 6 cylinder division.  Butch couldn’t resist jumping up on stage during the talent show at many of the East Haven Field Days to wail out his famous rendition of Peggy Sue!

In 1981 he married Jeanne Moffatt, and they lived in East Burke, VT. They were married for 40 years before Jeanne’s passing 6 months ago. They enjoyed trips to the lakes, the ocean, visiting children and grandchildren, and going dancing, but their favorite thing to do was to stay home and just enjoy their beautiful homestead.  Butch was a great carpenter and enjoyed spending time updating and adding to their log home. Butch and Jeanne could often be found in their earlier years snowshoeing on a beautiful winter day, or working on their flower and vegetable gardens. They loved the pond and watching the baby ducks every spring. He built himself a sugarhouse and spent many years sugaring with his small arch that he was very proud of. Butch often mentioned the trip that he and Jeanne took out west to the Crazy Horse Memorial in South Dakota as being one of the best times of his life.

Butch worked as a machinist for Tap & Die and Northeast Tool for many years.  He did Construction and Carpentry work on the side.  After retirement he worked at the Recycling Center for the Town of Burke. Butch was a member of the Masonic Lodge for over 52 years, and the Master of the Caledonia Lodge No. 98 for many years.

He was a friend to so many.  More often than not, if you were out and about with him you would hear “Hey Butch! How ya doing?”  So many people knew him; he was friendly, funny and kind.  Butch was a man of many talents and trades. If he could help you out with anything, he’d be right on it.  Butch was a hugger, and always had a good story!!

A Funeral Service will take place on Saturday July 9, 2022 at 1:00 pm at the Lyndonville United Methodist Church, immediately followed by a burial for both Butch and Jeanne at the Hillside Cemetery in Burke.

To order memorial trees or send flowers to the family in memory of Francis W. Williams Sr., please visit our flower store.