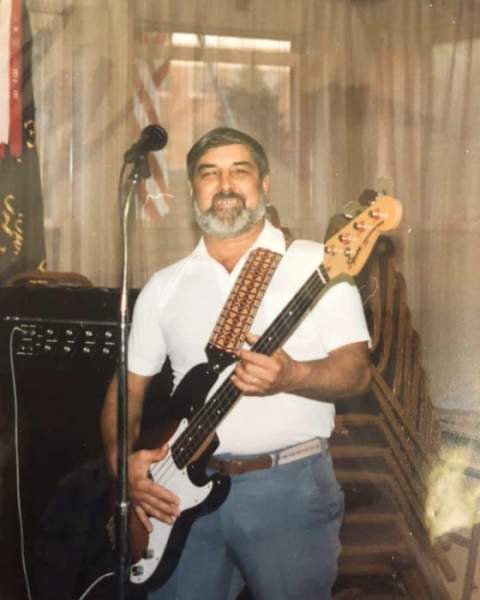 George Henry Broome, Sr., formerly of St. Johnsbury, passed away peacefully at his home on April 15, 2021, surrounded by his family following a brief battle with cancer.

George was born in Victory, VT, on December 18, 1941, one of thirteen children to the late Theodore and Laura (LaBounty) Broome. He grew up in St. Johnsbury and has lived there most all his life, coming to Lyndonville about 12 years ago.  He went to St. Johnsbury Trade School where he trained as a mechanic and graduated in 1959.  On July 20, 1961 he married the Love of His Life, Ann Leslie Magoon, and shared almost 40 loving years at the time of her passing on June 29, 2001.  For several years George wrenched for Amidon’s until 1985 when he opened George’s Automotive.  In 2004 he retired and handed over the business to his son, Gregory. George, Sr. was a great musician and played bass in “Terry & The Country Americans” with his best friends and band mates, Terry Gilman and Robert Magoon.  Hunting and fishing and sharing family time at camp in Peacham, as well as gardening were always a favorite throughout the years. He also enjoyed drag strip racing in Burlington. Once he gave up racing and the band he and Ann enjoyed camping and boating up to the lake in Island Pond. In recent years he has been a member of the Plymouth Congregational Church in W. Charleston where he attended with his good friend, Gertrude Broome.

He was predeceased by 10 siblings and the Love of his Life: Ann Leslie Magoon Broome.

A Graveside Service will be held at 2pm May 6, 2021 at the Mt. Pleasant Cemetery in St. Johnsbury, with the Rev. Bill Cotte officiating.  There will be no calling hours at this time.

Memories and Condolences may be shared with the family at www.guibordfh.com

To order memorial trees or send flowers to the family in memory of George Broome Sr., please visit our flower store.