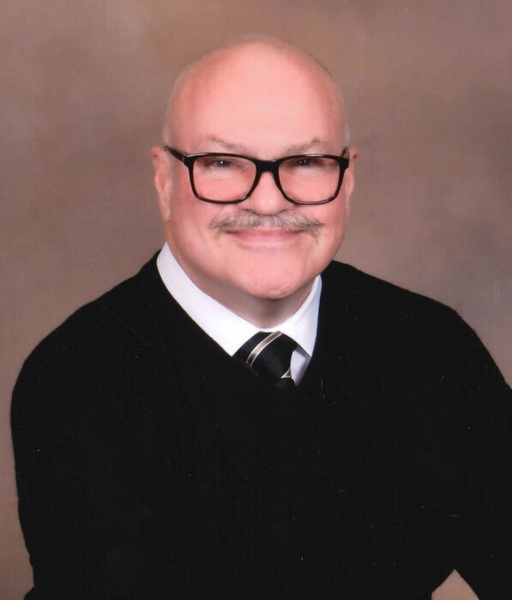 George was born in Beverly, MA on August 14, 1950 to the late Norman H and Rochelle (Fournier) Thurston and grew up in Gloucester, MA. He attended Gloucester High School (Class of ’68) followed by Bates College in Lewiston, Maine (Class of ’72) and finally receiving his Master’s Degree from University of Maine at Orono in 1981. While at Bates College, he met his future wife of 47 years, Deborah S Lindquist, whom he married on May 26, 1973.

George worked from 1973-1984 at Maine Medical Center and served as a recording engineer for the Portland Symphony Orchestra. In 1984, George and family moved from South Portland, Maine to Vermont where he began work at Northern Human Services in Littleton, NH. While there, he became licensed as a LADC and later as a REAP counselor where he remained until retiring in 2019.

George was a great lover of the arts, sports, and was known for his charming and endearing sense of humor. He could be seen playing clarinet in the St. Johnsbury Town Band and singing in the church choir at St. John the Evangelist Church where he was a long-time parishioner. Along with his daughter, George also enjoyed the harder side of music attending concerts and singing along to Octane or Turbo Sirius XM stations. A camera was not usually far from George’s hands, as he also enjoyed photography, performing wedding and amateur photography projects. He was an avid Boston Red Sox and New England Patriots fan but his favorite sports to watch were his granddaughter practicing or participating in tournaments for jiu jitsu, boxing, grappling, and kickboxing. He had a deep passion for trains and was also an active collector. George was also a member of the Knights of Columbus Sheridan Council #421 and participated in volunteer work, including DHMC’s Prouty.

He is survived by his wife Deborah of St. Johnsbury, VT; daughter Phebe, her husband Joseph, and granddaughter Lucianna Ball of Lunenburg, VT. He is also survived by niece Rochelle McConnell, nephews David McConnell and Leonard McConnell, and several cousins.

He was predeceased by his parents Norman H and Rochelle (Fournier) Thurston and sister Lauretta McConnell.

Funeral will be live-streamed Saturday, December 12 at noon via the Sayles Funeral Home Facebook page. Memories and condolences may be shared with the family at www.saylesfh.com and a link will be made available for the livestream.

To order memorial trees or send flowers to the family in memory of George Thurston, III, please visit our flower store.