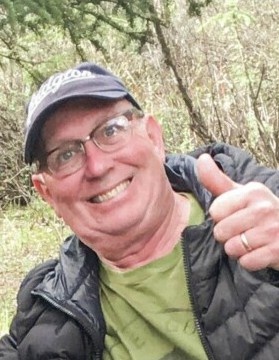 Born to loving parents Archie and Debbie Prevost on January 29, 1959, Gerard A. Prevost the second eldest of six children lived a life of love and acceptance. Jerry married Crystal Chandler in 1990 and together they raised two beautiful daughters, Aimee and Danielle.

Jerry grew up in St. Johnsbury and attended Catholic Central in his elementary years. He graduated from St. Johnsbury Academy in 1977 and attended Johnson and Wales attaining a degree in Hotel and Restaurant Management. Jerry started his training in high school working for his father at “Archie’s Bakery and Coffee Shop” on Portland Street and culminated his professional career as Instructor of Culinary Arts at St. Johnsbury Academy. He was a proud member of the American Culinary Federation, attaining titles of Certified Executive Chef and Certified Culinary Educator and also a member of the American Academy of Chefs.

Jerry’s 30-year career at the Academy included directing, technical directing and set design in the Theater Department. For many years he was a cast member of the St. Johnsbury Players. Two of his proudest accomplishments were the productions of “Tommy” and “Lifehouse.” It can be said that Jerry was selfless, and full of life and love, but actions speak louder than words. Jerry, his family, and students traveled annually to Covenant House in NYC to provide a Thanksgiving Feast for the homeless. He and Crystal organized dozens of CF walks in support of research for a cure of a disease that struck close to home. Jerry rose to the call of his community by becoming a Guardian ad litem. During the school year Jerry and his culinary students provided “Community Lunch” sponsored by the Academy and offered to community members free of charge. Jerry was often heard before he was seen at Academy basketball games. He served on the Walden School Board and coordinated the HALO program for incoming freshmen at St. Johnsbury Academy for many years. A personal accomplishment of note was hiking The Long Trail.

“Chef Prevost,” as students and colleagues called him was dearly loved, with many of his students and advisees becoming close friends of both Jerry and his wife Crystal. As family and his numerous friends will confirm Jerry loved life, one of his favorite sayings was “Lovin’ Life Brothah.” Jerry will be remembered as a person overflowing with kindness, he accepted others unconditionally and shared his life and love freely. One of Jerry’s many passions was boating on Joes Pond and Harvey’s Lake on the pontoon boat he and his father Archie purchased together. Entrepreneurship was never far from Jerry’s mind as he sold bakery goods to Joe’s Pond Campers Saturday mornings and offered elegant dinner cruises to friends, family and paying patrons. Jerry loved concerts, two of his favorite bands being The Who and Phish. Recently Jerry included travel and camping in the 24-foot Rockwood he and Crystal purchased to travel in during retirement.

In lieu of flowers, donations to assist students in pursuit of a culinary career can be made in Jerry’s name to the Gerard A. Prevost Culinary Assistance Fund at St. Johnsbury Academy. Come share memories and stories with family and friends on Monday evening from 5 to 8 pm at the Morse Center, St. Johnsbury Academy. A celebration of life will be held on Tuesday at 11 a.m. in the St. Johnsbury Alumni Gymnasium, 1000 Main Street, St. Johnsbury, Vt.

To order memorial trees or send flowers to the family in memory of Gerard Prevost, please visit our flower store.