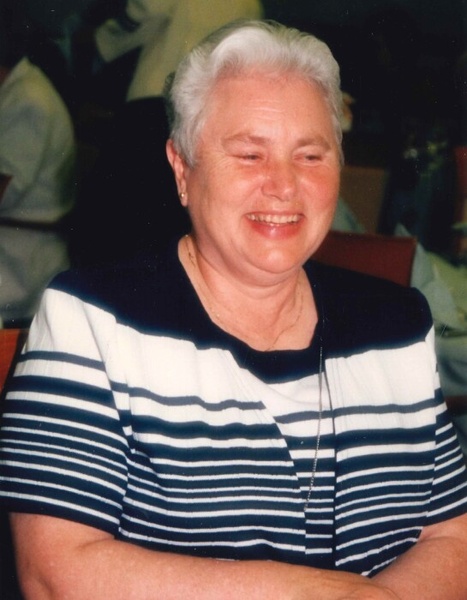 Gerda was born on May 15, 1937, in Köthen Anhalt, Germany, daughter to the late Oskar Richard Wilhelm Storz and Anna Geborene (Zipperling) Storz.  She grew in in Germany until she was around 14 years of age.  She married Stanislaw Blaszczyk. They lived in Bridgeport, CT for many years until moving to Barton, VT. She worked as a knitter for Vermont Original in Morrisville for many years.  She enjoyed driving all around the area, especially Lake Willoughby and would do that daily .  When she wasn’t able to drive, friends would take her for drives and make a shopping or day trip.  She enjoyed being involved and simply being with people.  Gerda absolutely loved the St. Johnsbury Fire Department crew and was recently featured on the front-page paper with them.  She was a devout Roman Catholic and member of St. Paul’s in Barton, St. Elizabeth’s Church after moving to Lyndonville in the late 1990s and later at St. John the Evangelist when she moved in 2013. Gerda was a dear, loving soul and would easily share her love with a smile.

Gerda is survived by her daughter-in-law, Kathleen Blaszczyk and her grand-daughter, Jessica Blaszczyk, both of Bridgeport, CT.  She was predeceased by her husband, Stanislaw in 1999 and her son, Bruno, in 2014.

Burial will be planned for the spring of 2022 at St. Elizabeth’s Cemetery next to her husband, Stanley.

To order memorial trees or send flowers to the family in memory of Gerda Blaszczyk, please visit our flower store.