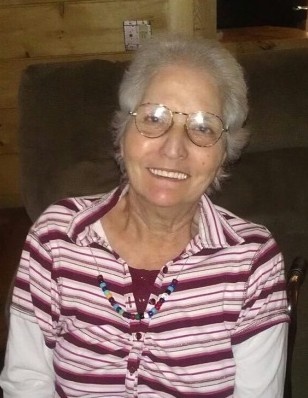 Girolama, affectionate known as "Mima", was born in Palermo, Italy on July 21, 1941, the daughter of Francesco and Pietra (Caparotta) Incannova.  She was raised in Italy and moved to America after she met the love of her life, Edward W. Brooks.  The two met in 1968 at an Army base in Germany.  They married in July of 1968 and moved to Ft. Devens, MA, the following year where they raised their family.  Mima enjoyed playing BINGO and would go six nights a week if possible! Trips to casinos with Ed were always a treat, especially to Foxwoods.  She enjoyed cooking and word-find puzzles. In 2008, they moved to Lyndonville, VT where she was able to continue her BINGO nights and the occasional casino excursion. Mima was a devoted wife and loved her children and grandchildren more than anything in the world.

She was predeceased by four of her siblings.

To order memorial trees or send flowers to the family in memory of Girolama Brooks, please visit our flower store.