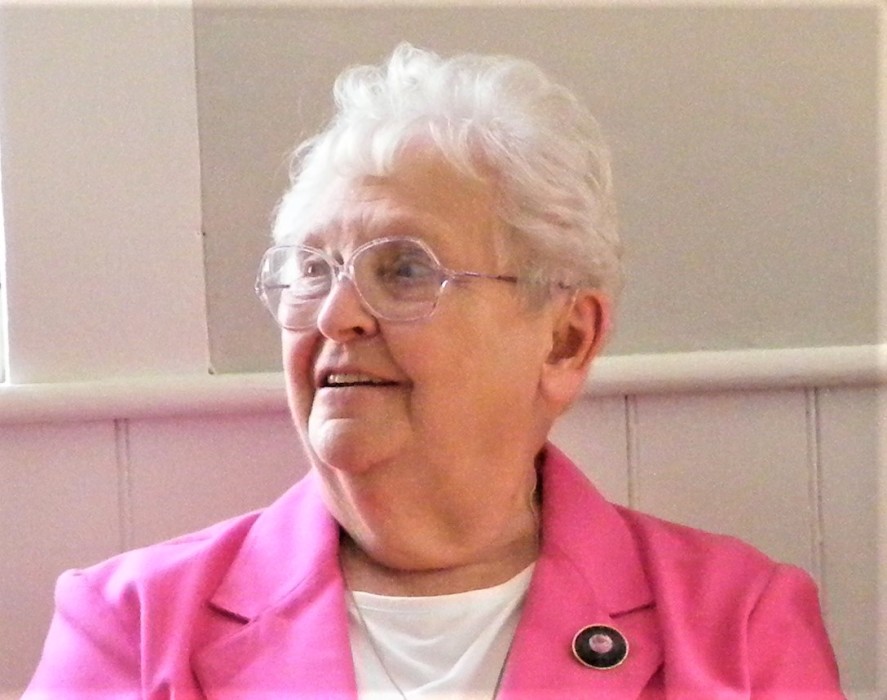 Glenda was born in Montpelier, Vermont to Glendon and Pearl (Adams) Burr.  Glenda was raised by family and friends after her mother passed away when she was two.  She spent most of her life in St. Johnsbury, graduating from St. Johnsbury Academy. She married Wayne Perkins and together they raised three children, Kathy, John and Craig. They had one other child, Mark, who died soon after birth.

Glenda was very proud to have been a 50+ year member of the Grace United Methodist Church.  She was especially proud to have once served on the search committee for a new Pastor. She was active in her church and loved working on the Christmas Bazaars, particularly the “cookie” table.  She was also active in scouting, serving as a den mother for several years and was honored to be the mother of an Eagle Scout.

Glenda worked in healthcare her entire career.  First at Brightlook Hospital, then St. Johnsbury Hospital and NVRH.  After retiring from the hospital, she worked for several years in the surgical office of Dr. Danielson.

She spent her life caring for others, including her husband Wayne, who suffered with Alzheimer’s Disease for many years.  After losing him in 2010, she carried on with great strength even though her heart was broken. A few years later, she was diagnosed with Parkinson’s disease, yet continued to live with strength and dignity.  However, her heart was broken again when it became apparent she could no longer live on her own, having to give up her much loved cat Missy and the apartment she so loved at Maple Manor.

Known as “Perk” to friends and Mom, Nana and Nana Nana to her family, she was loved and respected and will be greatly missed. She was an eternal optimist, always full of hope and believing that tomorrow will be better than the day before.  She loved being with her family and especially enjoyed caring and cooking for them. She loved the years spent camping with the family and always made things fun for them. Glenda provided lots of fond memories for friends and family, one of which is the little change purse she always kept full and tucked in her pocket so she could buy treats at the camp store.

She was a caring mother, grandmother and great grandmother to the end, always checking on us and making sure we were all safe and sound.  She was pre-deceased in 2010 by her husband of nearly 60 years, Wayne Perkins; her son Mark in 1960; her parents; several brother and sister in-laws; and a half brother and half sister.

The family is very thankful for her close friends and neighbors at Maple Manor. Their love and support while she lived there was overwhelming. Thank you to all her friends in St. Johnsbury as well.  She missed living there the last years of her life, as that was always home for her. Thank you to her church friends from the Methodist churches in St. Johnsbury and Lebanon, as well as friends from the First Congregational Church in Lebanon who kept in touch and continued to visit or send cards throughout, even after she moved to Genesis.  An added thank you to the staff at Genesis and Bayada Hospice, who were involved in her care and who supported her family through a difficult time.

She was a blessing to all who knew her.

A funeral Service will be held Wednesday, August 22, 2018, 11 AM at Grace United Methodist Church in St. Johnsbury, VT with reception to follow. Burial will take place at 2 PM following the reception at Woodmont Cemetery in East Burke, VT.

In lieu of flowers, donations in Glenda’s name may be made to Grace United Methodist Church

To order memorial trees or send flowers to the family in memory of Glenda Perkins, please visit our flower store.