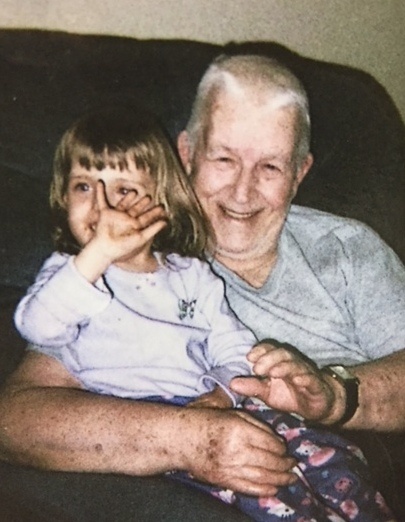 Gordon Lester “Sonny” Friend, age 84, of River Road in St. Johnsbury, VT, passed away on Friday, February 23, 2018, after a period of declining health.

Sonny was born on August 28, 1933, to Walter Daniel and Ruth Lillian (Barrett) Friend.  He was a lifetime resident of the area having been born in St. Johnsbury, raised in Passumpsic and educated at local schools. Sonny was awarded 2 bronze stars for his service in Korea with the Army. On November 27, 1956, he married Marybea Alice Tanner and shared 61 years with her.

Sonny worked as a farmer and owned a rubbish business for a time, after which he worked on the Road Crew for the Town of St. Johnsbury. Farming was his passion, though. He raised Black Angus Cattle and loved his animals.

He is survived by his wife: Marybea Friend of St. Johnsbury, VT; his son: Randy Friend and wife, Valerie, of Danville, VT; three daughters: Amber Lasnier and husband, Greg, of St. Johnsbury, Trudy Pleasant of Texas, and Melissa Morrison and husband, David, of St. Johnsbury; two sisters: Shirley Carter and Jennie Blanton both of Forestville, MD; ten grandchildren; 26 great-grandchildren; and many more family members. The family would like to especially thank great-granddaughter, Hailey “Bug” Morrison, for spending most of the last year at her "broken" Papa’s house, really making him light up when she walked in the room. Also a special thank you to daughter, Melissa, who was the sole care taker and person her dad relied on so very much.

Sonny was predeceased by his daughter: Jossette Willey in 2014; a granddaughter: Heidi Urie in 1989; and two infant great-grandchildren.

A graveside service with military honors will take place on Friday, June 8, 2018, at 11am at Passumpsic Cemetery.

There will be no visitation at this time.

Memorial donations in Sonny’s name can be made to the American Cancer Society, 55 Day Lane, Williston, VT  05495.

To order memorial trees or send flowers to the family in memory of Gordon Friend, please visit our flower store.