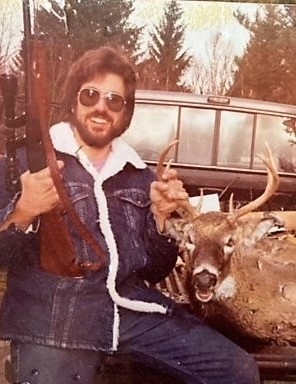 LIVESTREAM MAY BE FOUND ON THE FUNERAL HOME FACEBOOK PAGE

Hans was born on June 6, 1957, in Plainfield, NJ, son to the Antonnette Joan (Kania) and Edward Paul Hahr, Sr. He grew up in early on in New Jersey until his family moved to Kirby in 1970.  He graduated from Concord High School in the Class of 1975, worked a number of years for his father in New Jersey and Vermont while training as a Master Plumber.  He went into business under Hahr Plumbing & Heating.  Hunting was a favorite, as was target shooting; he was an outdoorsman and enjoyed taking photos of the many views and sunsets he sought out and liked to hike up Miles Mountain where he would go to relax. He loved old cars, rocking out to 50’s music and collecting things.  He always tried to be involved with his kids and grandkids and really preferred to just be around his family.

He was predeceased by his father: Edward Hahr, Sr., and his brother: Steven Hahr.

To order memorial trees or send flowers to the family in memory of Hans Hahr, please visit our flower store.