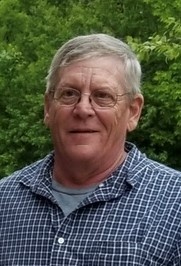 Jack was born on June 28, 1960, in St. Johnsbury, VT to Roger and Alice (Cook) Davis. He was raised and educated in Wheelock until attending Lyndon Institute, Class of 1978.  Jack worked at Mardin Industries and then went to work for A&G Metal Fabrications which became NSA Industries where he advanced to Manufacturing Engineer and was employed 40+ years. On August 2, 1980, Jack married Denise Elizabeth Ott.  The couple shared 40 years together.

Every Sunday, Jack listened to The Swapper on the radio.  He enjoyed hunting, fishing, and mud bogs.  He loved spending time with his grandchildren and family gatherings.

He was predeceased by his grandson: Chase Allen Davis in 2009, his grandparents: Ranold O. and Madely H. Davis; and mother-in-law: Shirley M. Ott.

Visitation will be held on Wednesday, May 19, 2021, 6-8PM at Guibord-Pearson Funeral Home, 15 Main Street in Lyndonville, VT.  Please follow current Vermont guidelines for masks and social distancing. The funeral home size allows 24 unvaccinated guests inside at a time with masks and any number of vaccinated guests.

Burial will be at the convenience of the family.

Memories and condolences may be shared with the family online at guibordfh.com

To order memorial trees or send flowers to the family in memory of Jack Davis, please visit our flower store.