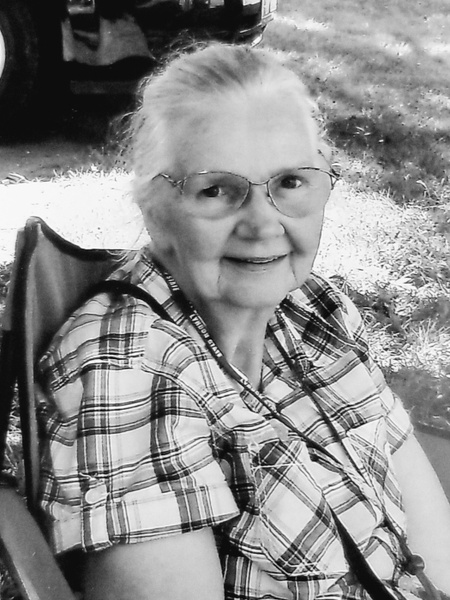 Janet M. Goodwin, 90, passed away peacefully on Saturday, June 27, 2020 at her home in Lyndonville, VT surrounded by her family.

Janet was born in Barnet, VT on July 31, 1929 the daughter of Arthur and Georgia Urie.

She graduated from the St. Johnsbury Academy in the class of 1948.  Janet worked for St. Johnsbury Glovers, Burndy, Caledonia Manufacturing and also spent 21 years at Lyndon State College.

Survivors include her son, Raymond Goodwin of Lyndonville, VT; her daughters, Lisa Goodwin of Lyndonville, VT and Jean Barrett and husband Joe of Passumpsic, VT; her sisters, Betty Bunnell of Barnet, VT and Susan Bean of Dalton, NH; her grandchildren, Joelle and Mathew Kuhnen and Jamie and Christopher Royer; her 4 great-grandchildren, Jonas and Quinn Kuhnen and Emerson and Charlotte Royer; many nieces and nephews.

A graveside service will take place in the Woodmont Cemetery in East Burke, VT on Monday, July 6, 2020 at 11:00am with Dot Robinson officiating.

In Lieu of flowers, memorial donations in Janet’s memory can be directed to the Make a Wish Foundation, 431 Pine Street #214, Burlington, VT 05401.

To order memorial trees or send flowers to the family in memory of Janet Goodwin, please visit our flower store.