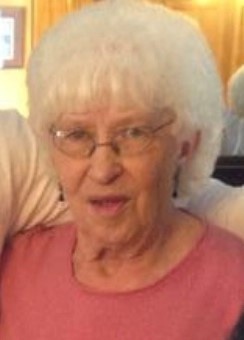 Janice was born on May 13, 1943, in Hardwick, VT, daughter to the late Leon and Gertrude (Allen) Sternberg.  She was raised in Greensboro Bend, attending local schools there and graduated in 1961 from Greensboro High School.  Janice was a stay-at-home mom for many years and later began working at the Candlelight Restaurant and Eddy’s Baker, though probably best known at the Lincoln Inn. Her two biggest favorites were Bowling and Bingo.  She enjoyed snowmobiling and watching sports on TV, especially the Celtics and the Red Sox!

Memorial donations may be made in Janice’s name to the Denise Dussault Caron Fund for Palliative Care at NVRH, PO Box 905, St. Johnsbury, VT 05819.

A Graveside Service will be planned for 11:00 am Saturday, June 5, 2021, at the McIndoe Falls Cemetery. There will be no calling hours at this time.

To order memorial trees or send flowers to the family in memory of Janice Bissell, please visit our flower store.