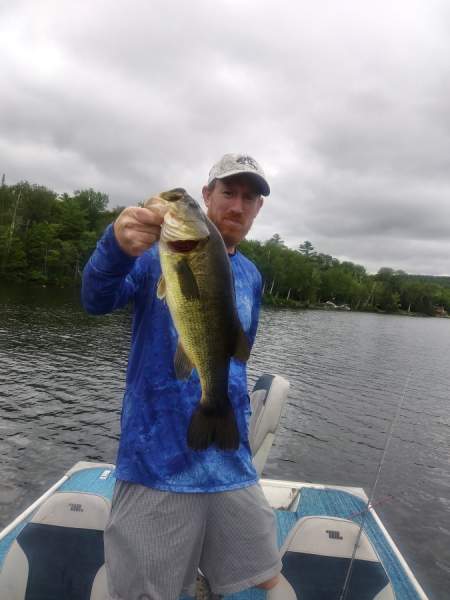 Jason Christopher Brundle, age 42, of Cahoon Farm Road, passed away peacefully at his home surrounded by his family on November 24, 2021, following a long battle with cancer.

Jason was born in Plymouth, MA, on August 24, 1979, son to Darrell and Teresa M. (Gualtieri) Brundle, they survive him.  He was raised and educated in Plymouth graduating from Plymouth High Class of 1996. He grew up loving to fish, starting at the age of 2 with his first fishing rod, and later casting in the Cape Cod Canal. He was a true outdoorsman, fishing year round.  Hunting, kayaking and snowmobiling were amongst his other hobbies along with playing drums and the guitar, but spending time with his son, Gavin, was the best.  He worked at Cabot Creamery for the past 4 years and was proud to be part of the community there.

Jason is survived by his son, Gavin Linnehan, of Middleboro, MA,  parents, Darrell & Teresa Brundle of Barnet, his girlfriend, Jamie Frost, of Sharon, VT, his sister, Kristen Millard and husband, Corey, of Walden, VT, his brother: Derek Brundle and wife, Danielle, of Wareham, MA, and several cousins, nieces and nephews.

He is predeceased by his sister, Alicia Humberd, in 2019.

A Celebration of Jason’s life will be held at a later date.

To order memorial trees or send flowers to the family in memory of Jason Brundle, please visit our flower store.