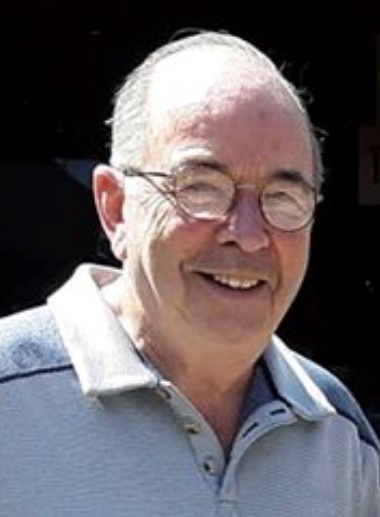 Jerald ‘Jerry’ Fournier, 78, of Lyndonville, passed away at home on Friday, January 8, 2021 following shortly after a sudden diagnosis of cancer.

Jerry grew up in Concord, VT, and graduated from Concord High School in 1960.  He worked for Olsen Construction Co. locally before joining the St. Johnsbury Fire Department in May 1964.  He became Fire Chief in 1976.  Jerry proved to be a firemen’s fire chief, popular with his ‘boys’, respected and dedicated to the safety of his men and the citizens of his town.

Three major fires the department faced during his tenure includes the Notre Dame Catholic Church, the gas plant explosion on S. Main St., and the Zuccaro & Willis Block fire.  After serving as a firefighter for 22 years, he then worked at the St. Johnsbury Academy, quickly rising to become Head of Maintenance until his retirement in 2006.

Jerry was a devout communicant at St. Elizabeth Catholic Church and served as an Extraordinary Minister of Holy Communion for 20 years.  He loved woodworking and made beautiful furniture pieces for all of his family.  He and Jean enjoyed many trips to Maine throughout the years as well as bicycling and walking.  Jerry was a champion sudoku puzzle solver and loved to read, fish and kayak.  He was a recycler long before it became popular.

Jerry’s greatest joy was his family.  Family and friends often saw his special grin spread across his face and knew he was about to spout some witty comment to make them all laugh.

He was predeceased by his parents, his brother Brian’s first wife, Cindy (Heath) Fournier, his brother-in-law Wesley Ward and sister-in-law Carmilita Rossier.

Covid restrictions for masking and social distancing will be observed. Contact tracing will be taken by staff with those names added to the family guestbook.

A Mass of Christian Burial will be celebrated at St. John’s the Evangelist Catholic Church on Winter Street in St. Johnsbury at 11:00 AM on Friday, January 15th with Rev. Fr. Pat Foreman as celebrant.  Burial will take place at St. Elizabeth Cemetery on June 12, 2021 at 11:00 AM. A Celebration of Life will plan to follow.

Memorial contributions may be made to Lyndon Food Shelf, PO Box 609, Lyndonville VT 05851.

Memories and condolences may be shared privately at www.guibordfh.com.

To order memorial trees or send flowers to the family in memory of Jerald Fournier, please visit our flower store.