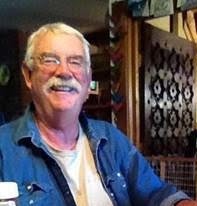 Jack was pre-deceased by his father, Carl Nelson Guldenschuh and his mother, Marian Murphy Guldenschuh.

His nieces and nephews adored him, as did the rest of his family. His out-sized physical stature, he stood 6’ 8” tall, his gentle and kind personality, combined with his sense of humor and his sharp wit and wisdom, created a unique and unforgettable human being.

Jack’s relationship with his sister, Nancy, had become closer over the last few years, after her husband, George, passed away. Jack would call her under the guise of the Channel 3 suggestion that people should check in on their “elderly” relatives. At first she would hang up on him, but gradually she came to enjoy these phone calls. She often made the 8 hour drive from Rochester, as did he, for Thanksgiving and other events.

Jack attended Bucknell University, where he played NCAA Division I basketball. He eventually earned a BS in environmental science from Nathaniel Hawthorne College. On January 25, 1972 he married Vanna DeMaio. Their honeymoon was a road trip to Alaska with their Golden Retrievers, Willie and Clara. Alaska did not pan out and they returned to the east coast. They purchased a parcel of woodland with Vanna’s brother, Sal and began to put down roots in Danville, VT.

But, family business called them back to New Haven, CT. They returned there to run the Weathervane Restaurant, the DeMaio family business, with Claire DeMaio, Vanna’s mother. Jack fit right in there as well, becoming close with the staff and skillfully bartending and doing purchasing. Claire and Jack were very close.

When the restaurant closed, Jack and Vanna returned to Vermont. They built a house and settled in Danville, starting J. & V. Logging and Excavating. Again, Jack was right at home, buying and selling equipment, land and timber. He became an expert mechanic. As he approached retirement, he processed firewood and remained very active and industrious. He loved to hunt and fish.

Jack provided a welcoming environment in his home for his and Vanna’s many friends and relatives. To say he will be missed is an understatement. To say he was loved is simply the truth.

To order memorial trees or send flowers to the family in memory of John Guldenschuh, please visit our flower store.