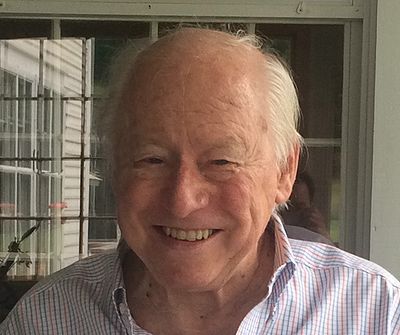 Born in 1933 and raised in West Hartford, CT, Allan graduated from Wesleyan University in 1955 and received his MD from Harvard Medical School four years later. He went on to direct the Laboratory of Neurophysiology and was Professor of Psychiatry at Harvard Medical School for over four decades where he became well-known for his research on rapid eye movement sleep and the activation-synthesis hypothesis. He was also a psychiatrist with the Massachusetts Mental Health Center throughout his career and an advocate for the dignity of those with mental illness.  Before moving permanently to Vermont, Allan lived in Brookline, Massachusetts, with extended stays in Messina, Sicily.

As a parent, he sought to impart the value of hard work, self-sufficiency, and education, and was especially proud of his son Ian’s success pursuing an independent career and livelihood. He was equally dedicated to fun. A lifelong New York Yankees fan, Allan patiently taught all of his five children to throw and catch, both baseball and football. The hiking trips and outdoor meals he organized were legendary, and he insisted on barbecuing over hardwood without exception. Raising his twin sons Andrew and Matthew and enjoying his Sicilian-born stepchildren as a ‘do-over’ Dad in his 60s brought Allan special pride.

After the life of the mind, Allan’s most abiding passion was his farm in East Burke, Vermont, which he acquired in 1965 and dedicated his adult life to stewarding. For many years, the farm provided a special gathering place for family, friends, and colleagues. He deeply appreciated those who shared his enthusiasm for the farm, including longtime family friend Chantal Rode, as well as Hazel Greaves, Rick Hackett, Stewart, Joyce, and Dennis Humphrey, Rodney Allen, Jerry O'Meara, Russell and Gerald Riendieau, the Newland Family, and Steve Cahill and Robert Limlaw, Sr. (deceased), among many others.

Allan is survived by his wife, Rosalia Silvestri, of Messina, Italy, son Ian (Brookline, MA), son and daughter-in-law Christopher Hobson and Mary Todd Goodspeed (Wilton, CT), sons Andrew and Matthew Hobson (Raleigh-Durham, NC and Messina, Italy), his daughter and son-in-law Julia and Mark Haggerty (Bozeman, MT), his brother and sister-in-law Bruce and Lynda Hobson (Manchester Center, VT), stepchildren Enzo, Elena, and Giugi Tanzanillo and Luca and Caterina Di Perri, all of Messina, and grandchildren Henry and Chance Hobson and Lucy and Jude Haggerty. He was preceded in death by his beloved sister, Harriett Mowshowitz of Neversink, NY. He is fondly remembered by his first wife, Joan Harlowe, of East Burke, VT.

The Hobson family is profoundly grateful to his personal caregivers Gayle Bonnell, Morgan Peck, and Buelah Nickles as well as the staff of Caledonia Home Health Care & Hospice who provided exceptional care in his extended convalescence.

Memories and Condolences may be shared with the family at www.guibordfh.com.

To order memorial trees or send flowers to the family in memory of John Hobson, please visit our flower store.